I have been snorkelling a few times in recent days and it has been generally fantastic. The pools are probably at their peak now when it comes to seaweeds, I hope it lasts a little while longer (in June it will most definitely be over, see this old post, actually, they are in decline in May already). It is the plan to get in the water again this week to take some more seaweed photos, but in the meantime some photos on one of the more common anemone species: the Snakelocks anemone Anemonia viridis. There are two colour morphs: the greys and the purple-tipped greens. In Falmouth, they seem equally common, no matter if it is high on the shore or subtidally. I recently learned that in Scotland there are almost only greys, perhaps in the Med there are mainly the other type and it has something to do with temperature tolerance, if you know please let me know in the comments! I really like thuis species, in fact, the very first blog post back in 2013 consisted of a photo of these anemones in my aquarium. I have two of these in my aquarium at the moment, they are very easy to keep. This might be because in addition to being voracious predators, they are also capable of living on sunlight, as they harbour photosynthesizing algae. In any case they grow rapidly (and very occasionally split into two). 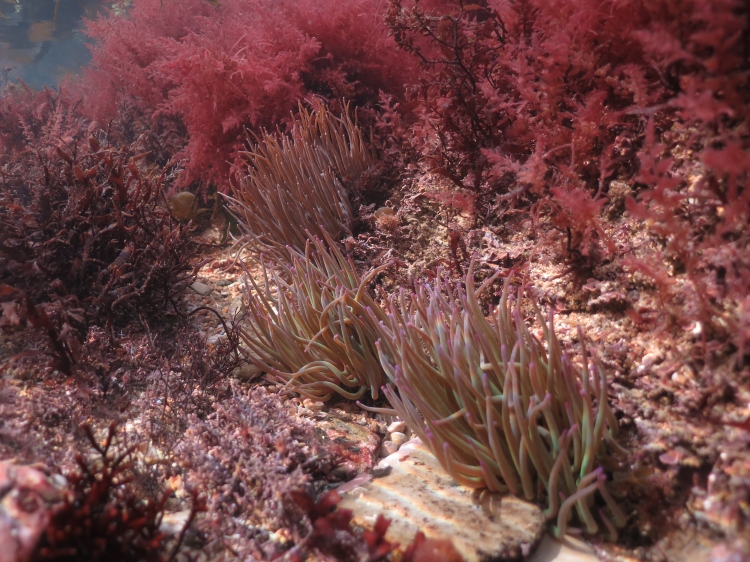 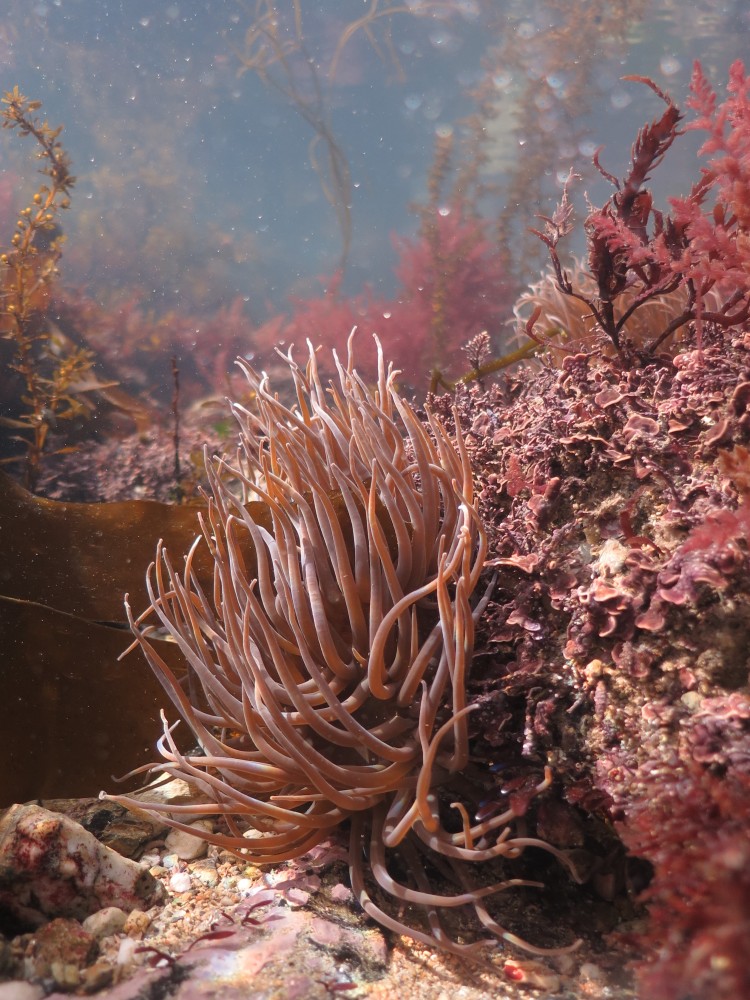 I took these photos in very shallow water. When scuba diving you can commonly observe the commensal Leach’s spider crab Inachus phalangum sitting under the anemones (see here in the aquarium and here in the wild). (In Dorset there is a beautiful little prawn that lives as a commensal, and in the Mediterranean there is a goby that is associated with this species.) Only very occasionally do Snakelocks attempt to retract their tentacles (see here); tentacles can be quite long and slender or more stout (see here), probably a response to the strength of the currents. I have tweaked some of the photos a tiny bit (but not the nicest one on top for instance). Below two photos taken on different days of the same three anemones with different light conditions and different camera settings (most importantly probably the white balance, which I use to tone down the reds caused by the seaweeds).