I have not posted as much on the blog as I would have liked this year (in fact, I keep posting less and less: 24 times this year, compared with 33, 46 and 64 posts the previous years). My new year’s resolutions will be to dive more, to go rock pooling more and to blog more. For now, I will post some miscellaneous photos from this year that I did not bother to put on the blog at the time (as I did last year). Below a Beadlet anemone Actinia equina on the beach in St. Ives as well as a young cormorant looking for food taken with my new Canon G16:

I caught a number of different fish this year, the first photo shows a small Montagu’s blenny Coryphoblennius galerita in an aquarium net which were fun to watch in a little aquarium. Next a Longspined scorpionfish Taurulus bubalis caught with my big net off the quay and a Sand smelt Atherina presbyter (see here for a movie). The latter species did not last long in my tank unfortunately. I mentioned in the last aquarium update that a Topknot I caught seemed to have died in the tank too, but I found out it is still there, it just likes to hide behind the rocks. 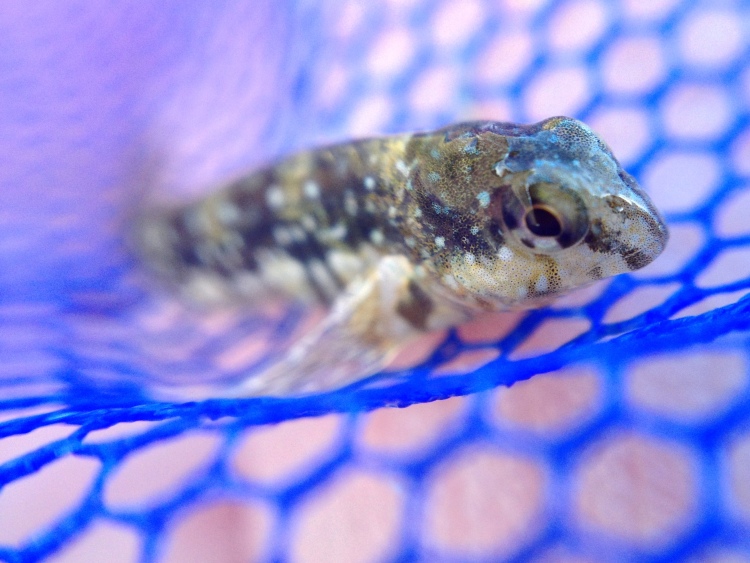 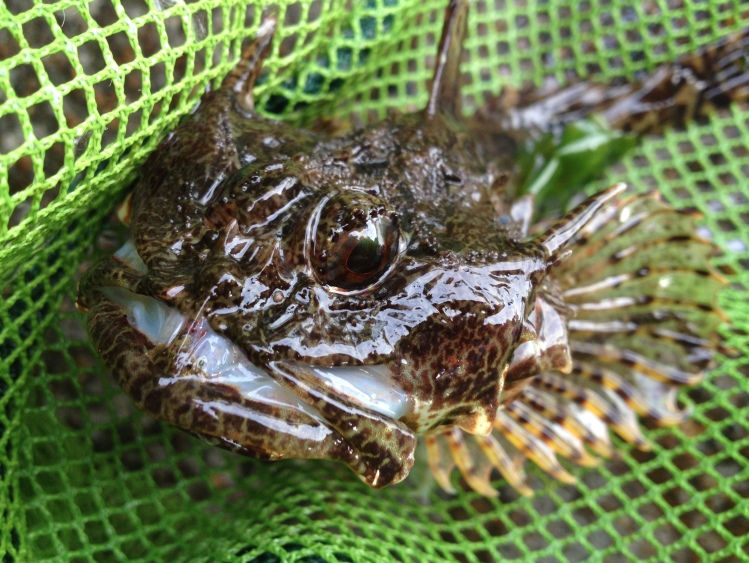 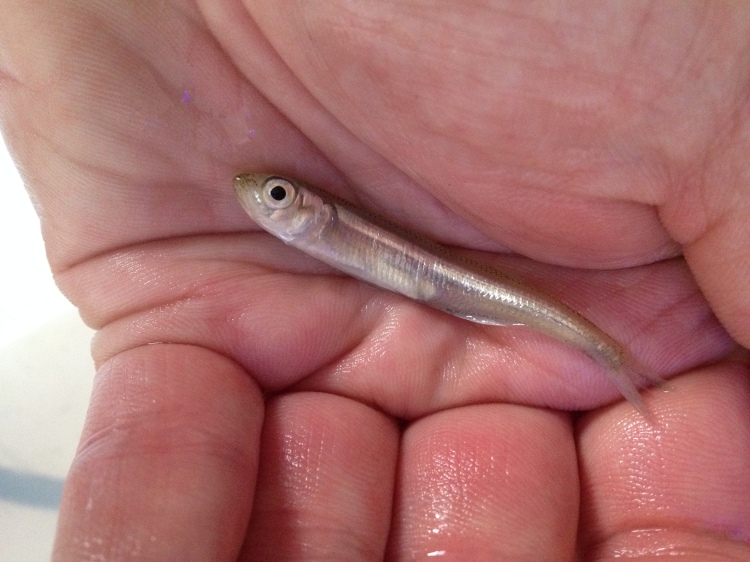 I visited the quirky Victorian Horniman Museum and Aquarium on a trip to London which features lots of stuffed animals and diorama’s which I find quite fascinating. The aquarium part is small; there is some behind the scene coral (sexual) propagation research going on which sounds very interesting. There were two or three coldwater tanks too, the larger tanks were not much too look at (I know how hard it is…) but I really liked the Victorian fountain-style aquarium. A quick snap here; see this video for a nice overview. I would like to collect some Black brittlestars Ophiocomina nigra next year, they can be very abundant at slightly deeper sites.

I also visited the National Marine Aquarium in Plymouth for a second time. It features the deepest aquarium in the UK, complete with plane wreck and some Sandtiger sharks. I was more interested in the coldwater stuff, of which there was quite a bit. I especially liked the Lesser weever Echiichthys vipera which can be caught on sandy shores; their venomous sting would make handling a bit tricky though. There were some cute pipefish (these need live food and I do not want to commit to that) and a round display with loads of Snakelocks anemones (see the first picture posted on this blog). I have placed a couple of these in my aquarium again, perhaps I need to get a few more, as they are so pretty and easy to keep. I did not manage to get a good shot of the very impressive Wreck fish or Stone bass Polyprion americanus in the large coldwater display unfortunately. 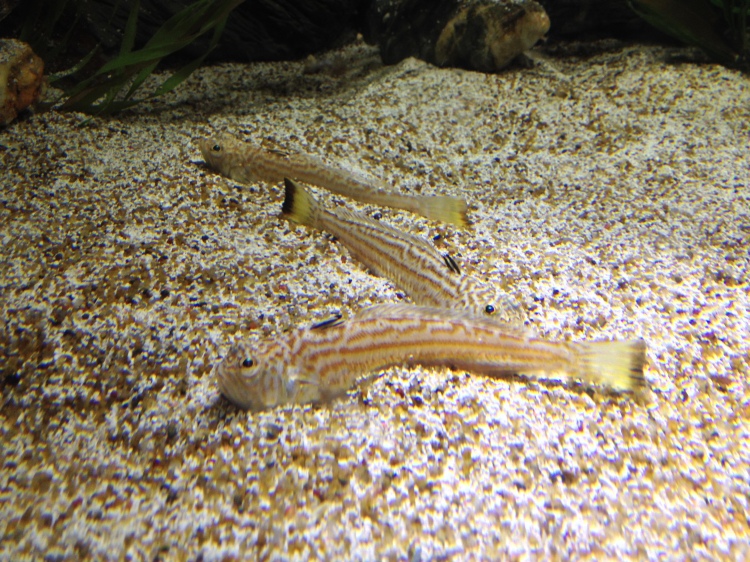 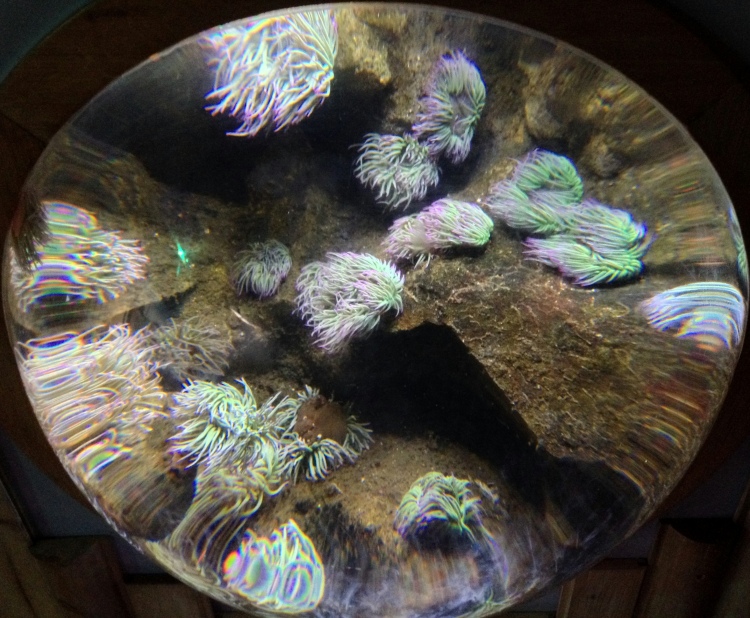 Next up a washed up sponge in Falmouth (species unknown) and a live one (Aplysilla sulfurea) under a rock, both taken in Falmouth with my iPhone. I have only been diving a couple of times this year and did not post about the rocky shore dives (here some photos of the maerl and eelgrass beds). I have seen a variety of interesting animals, including cuttlefish, a conger eel and lobsters but next year I hope to go out a bit further and dive a bit deeper to finally see jewel anemones and dead man’s fingers. I am not sure I want to commit to a flash and strobes though, instead I’d like to practice my rock pool (seaweed) photography.