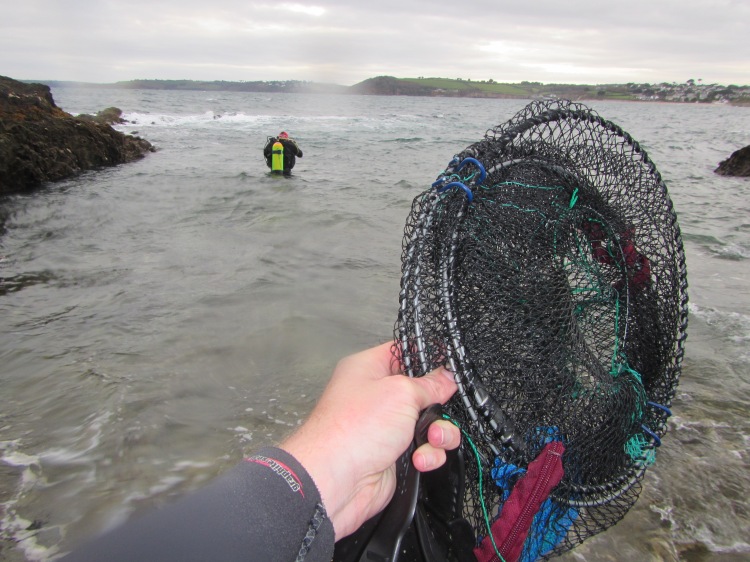 Summer is really over and the water temperatures are down from around 17°C to 13°C. We have not made it to any of the wrecks or rocks off The Lizard and the last set of dives was just of the good old Silver Steps in Falmouth. We had set ourselves some goals though: Chris needed Snakelocks anemones for his student projects and I wanted to catch myself some Leopard-spotted gobies for the aquarium. The Snakelocks were collected quite easily as they are so abundant. For the fish, I had bought a cheap foldable trap. The idea was to set it up in a little overhang housing the gobies, weighing it down with some rocks and come back the next day to take it back out. For bait, I had brought a chickenbone leftover from someones lunch at work. Below, a crappy pick of the trap wedged between rocks and below that a snap of some of the catch the next day (I had a two-piece websuit and in combination with an almost empty tank I was getting too buoyant to take decent photos): 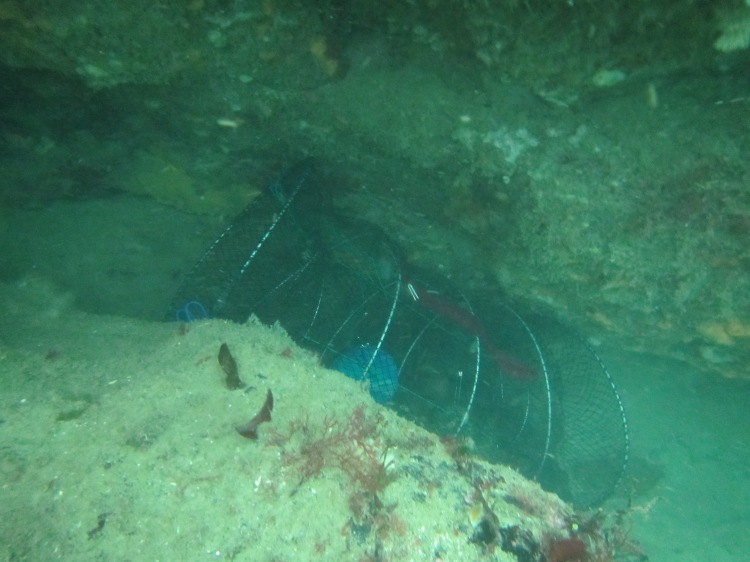 Three nosy Tompot blennies and also a small Conger eel; no Leopard-spotted gobies. So at least I know that in principle next year I can try trapping fish, but it might be hard for the gobies as they are very reclusive and do not barge into nets as Tompots do. The first dive, the visibility was OK(ish) and we saw a Cuttlefish Sepia officinalis. Although I have seen them before, you never get tired of them!

No other special finds. The place was absolutely swarming with Spiny starfish and most Snakelocks seemed to have multiple Leach’s spider crabs underneath them. I saw another Blackfaced blenny. Next year it is high time to dive further and deeper and also to finally get some gobies into the aquarium!

3 thoughts on “last two dives of the year”