The aquarium is still looking OK. The water is very clear and there are no algae on the glass whatsoever, but the brown algae still spread on the seaweeds, even with frequent skimming and the use of Rowaphos. There is some snail mortality, partly because of the Corkwing (who is not that keen on frozen food). I have added some Dulse Palmaria palmata (front left) and also some Chrysymenia wrightii (right, back), which I had growing in the aquarium succesfully before. This is an invasive species from Japan, first spotted in the Mediterranean three decades ago, spotted more recently in Galicia and now also appearing in the British Isles. (So the ‘back row’ of the tank consists entirely of invasive species, Wireweed, Harpoon weed and C. wrightii). In the Mediterranean it occurs in shallow water whereas in the Atlantic it seems to be a deeper water species (see here). It occasionally washes up in Flushing, see the pictures below of a very large plant I found last week (wellie top left yor scale). I hope to go snorkeling some time soon to try to see how much of it is there. 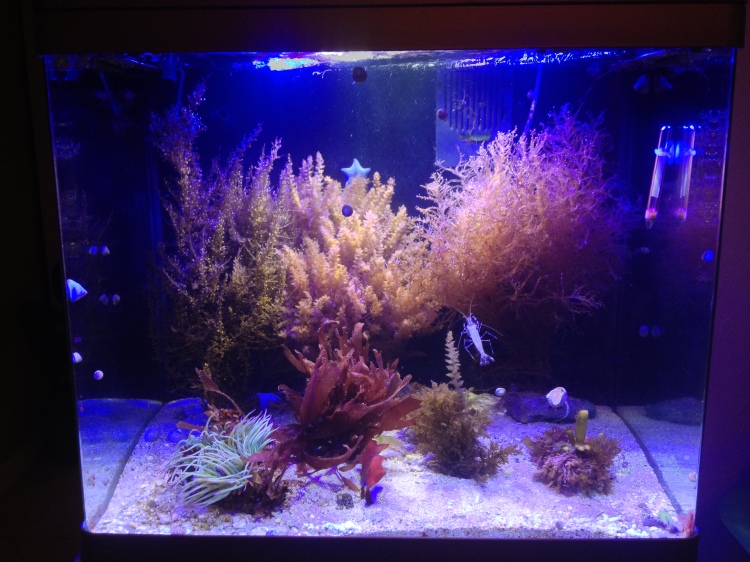 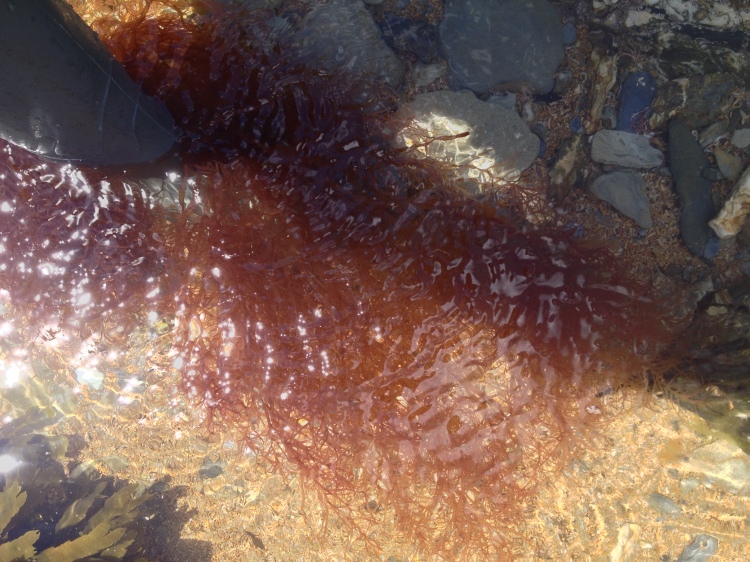 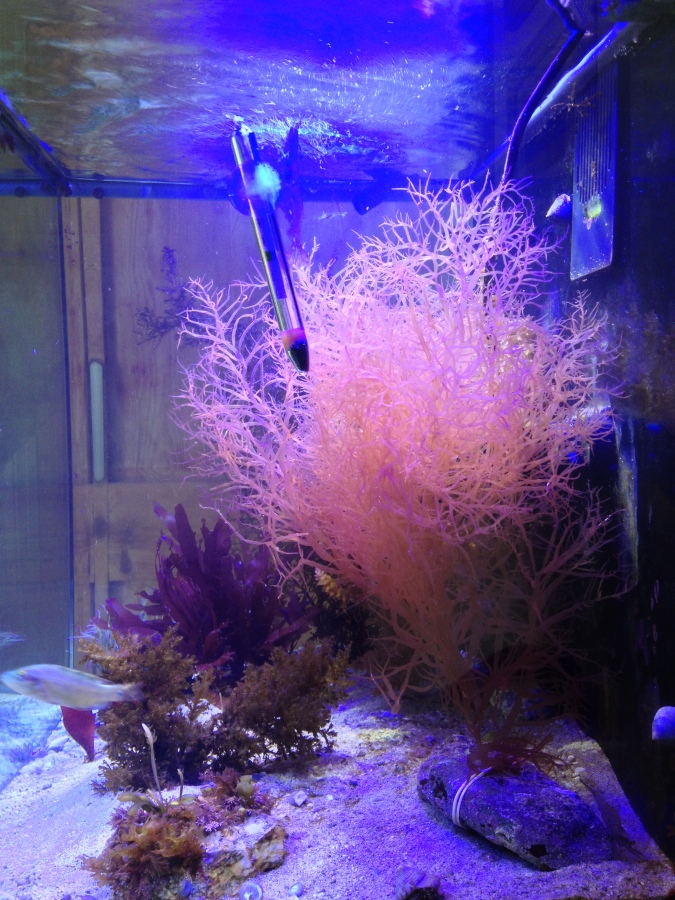 Leave a Reply to An Bollenessor Cancel reply