I had to remove the False eyelash weed from the aquarium; some bits were looking fine but in general a substantial amount of the branches had died off. Perhaps this is what normally happens in nature, only in rock pools any dead material is quickly washed away and so it goes unnoticed. I had to make some water changes to get rid of the debris which required some healthy exercise bringing buckets of waters down from the quay. Although it was windy and cold, I could not resist the urge to have a look at my local beach in Flushing last Saturday, hunting for some more seaweeds. It was noticeable that one particular seaweed had started to grow everywhere: Dumont’s tubular weed Dumontia contorta: 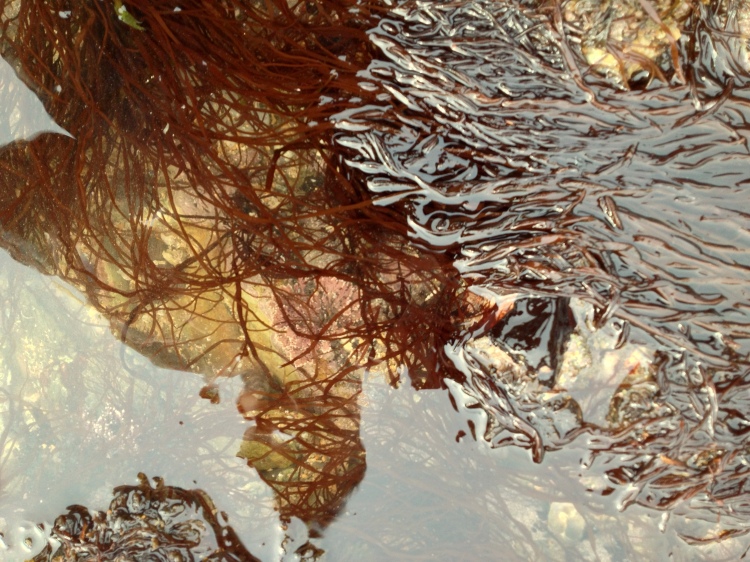 Slightly slimy and impossible to remove from the rock without ending up with a hand of loose strands. I therefore have placed a large pebble with one small plant in the aquarium just to see how it goes. I found small plants of Solier’s red string weed Soliera chordalis again that did well in the aquarium last year, as well as a whole bunch of other red seaweeds that I have trouble to identify (not the first one, that is Bunny ears Lomentaria articulata):

To test whether they are able to grow in the aquarium, I have placed them in an old floating fish fry box I had lying around: