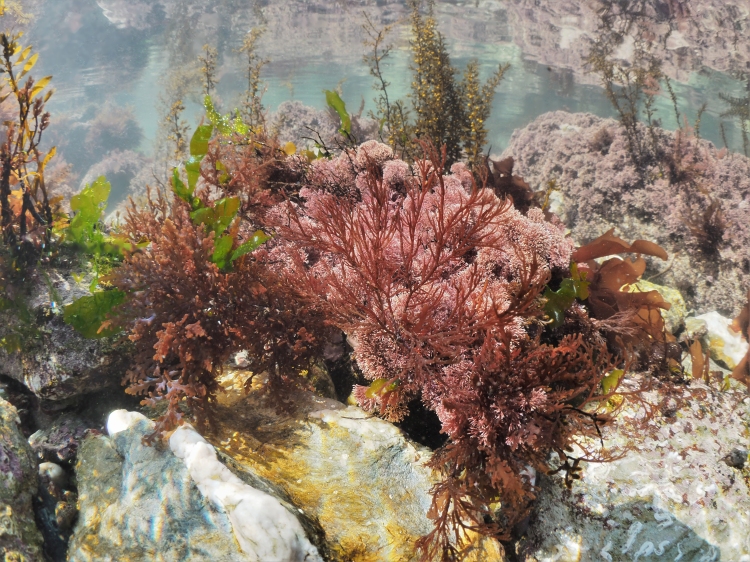 Some more March shots of seaweeds but this time taken in a large, very shallow pool a bit higher up on the shore. It is dominated by Slender-beaded coral weed Jania rubens together with some other favourites (but many other species, such as Palmaria, Polyides or Furcellaria are missing this far up shore). I have added the names to some species, as Francis Bunker (one of the authors of the Seasearch guide to the Seaweeds of Britian and Ireland) had done previously on the Seaweeds of the NE Atlantic facebook page for another photo (see this post). Nice to be able to get so many species into one shot. Next an over-under (well, a bit) shots for another general impression (see the shadow of my camera), some Bushy rainbow wrack Cystoseira tamariscifolia, False eyelash weed Calliblepharis jubata surrounded by other species and a tiny fluffy red seaweed (do not know which species) that has found a foothold on the bare bedrock. The photos are not as sharp as I wished unfortunately. I have another batch on the computer that turned out better luckily, will post these soon! 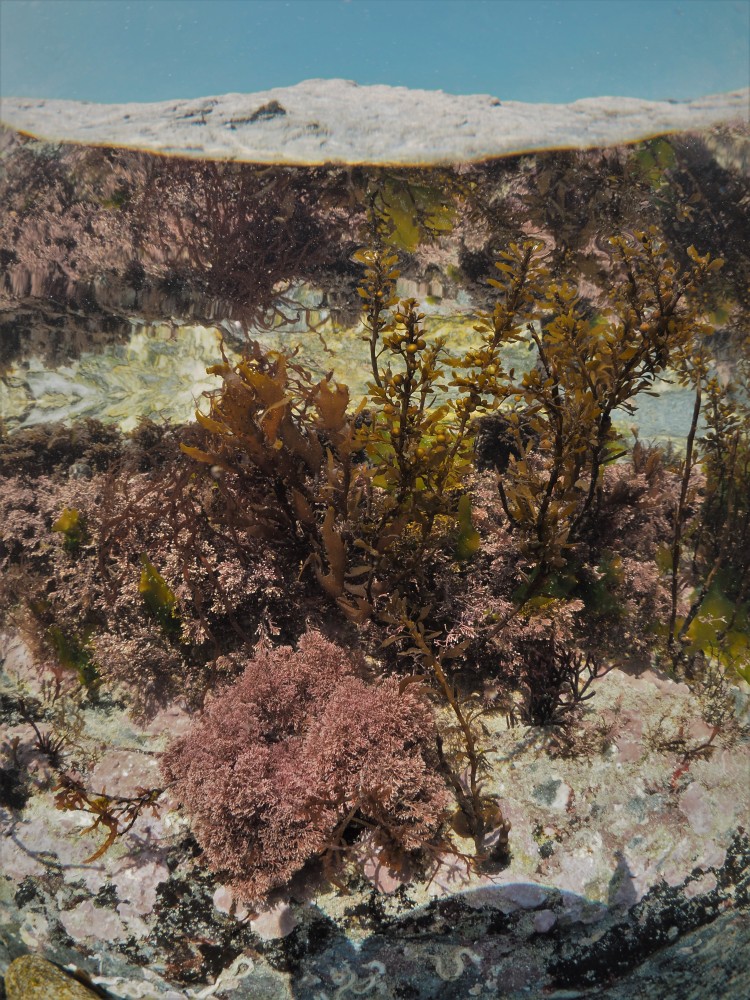 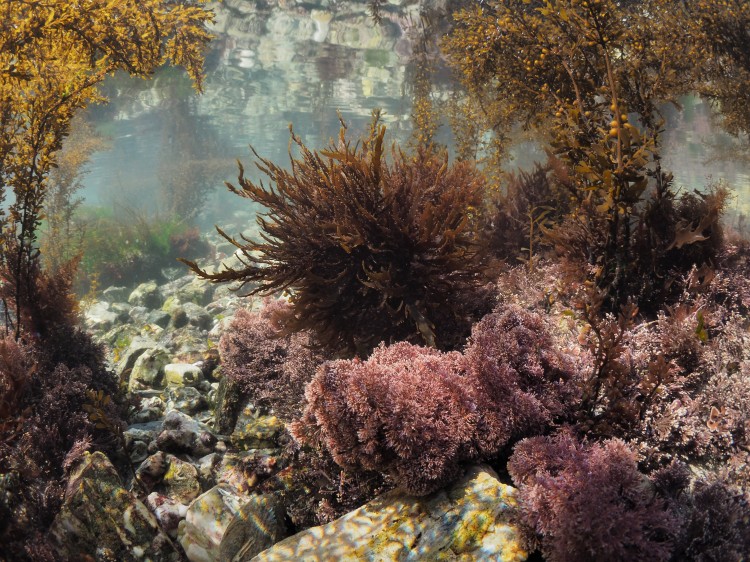 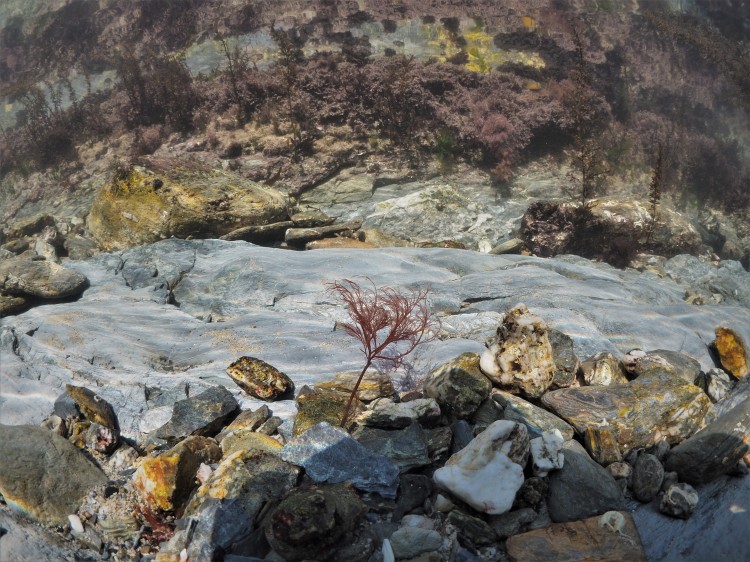