A quick post to keep the blog going. Seaweed season has passed me by a bit, first because of the bad weather and second, when the weather was better, because I did not have much time to go out. I went snorkelling only twice in May in my usual (shallow) spot at Castle Beach in Falmouth. On the 13th of May the plankton bloom was in full swing: a (wannabe) photographers nightmare! Generally, the seaweeds at this point were already a bit ‘over the hill’. I managed to get a nice shot of Berry wart Cress Sphaerococcus coronopifolius though (above). I also glimpsed what I believe is Iridescent Drachiella Drachiella spectabilis under a rock overhang. The bright blue Bushy rainbow wrack Cystoseira tamariscifolia contrasted very nciely with the deep red of the Red rags Dilsea carnosa, I hope to get a much better picture of that (probably next year…). 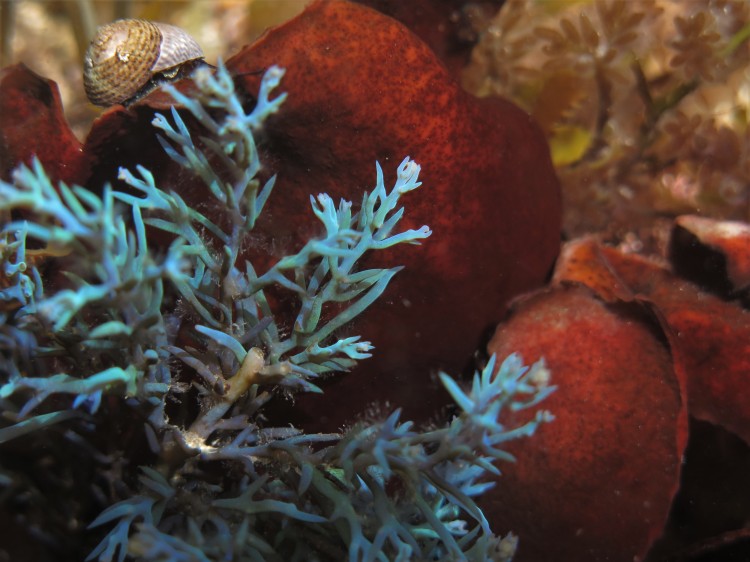 By the next snorkel session the 19th, the visibility was much better. Some photos of the green seaweed Codium sp., A Gelidium sp. (pulchellum?) and a patch of Slender-beaded coral weed Jania rubens growing epiphytically on Hairy sponge weed Cladostephus spongiosus with the very common species Ulva and Oyster thief Colpomenia peregrina (and others). Next, Beautiful Fan weed Callophyllis laciniata and another Berry wart Cress Sphaerococcus coronopifolius. 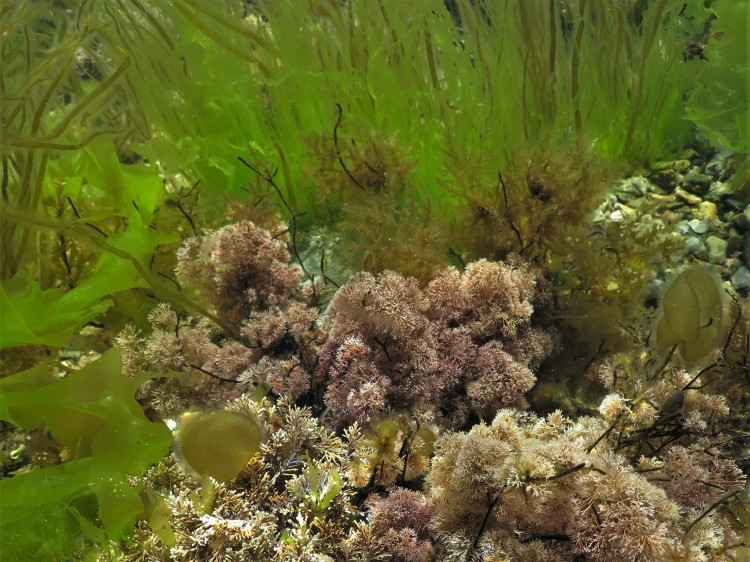 Finally, three shots giving a general impression of the seaweed growth and what I think is Chipolata weed Scytosiphon lomentaria as well as a snakelocks anemone inbetween yellowed False eyelash weed Calliblepharis jubata. About the animals: there are some juvenile pollack around, as well as two-spot gobies. I saw a brown, flabby shape drifting through the water at one point and my first thought was that it was a seahare but it actually turned out to be a small clingfish (I could not get a photo unfortunately). There were quite some polychaete worms erratically swimming around in their reproductive ‘epitoke’ stage. The final photo shows one (with a Nassarius reticulatus in the background) which could be Perinereis cultifera. 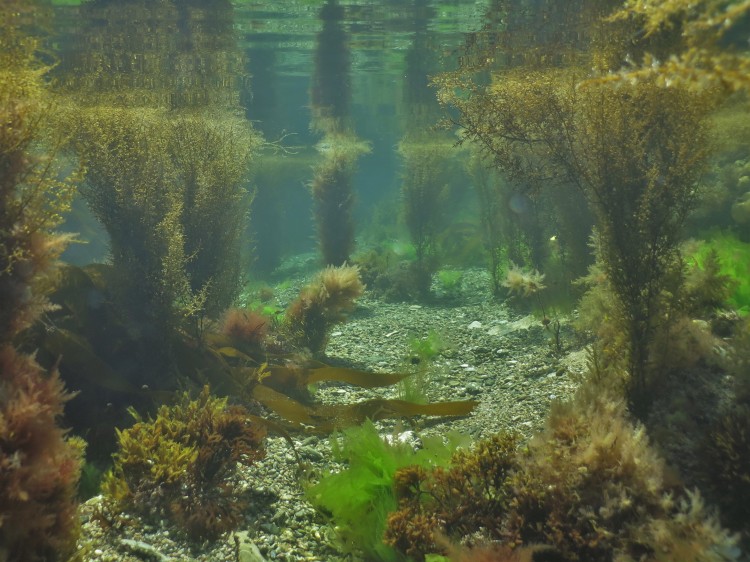 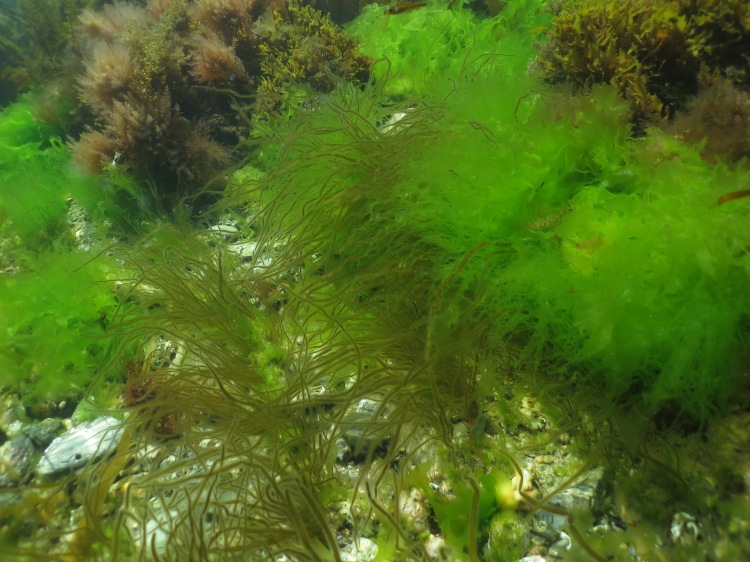