The weather today was pretty bad, but it was still very nice to go for a quick stroll on the beach; we chose a new destination: Gunwalloe near Helston. The beach and cliffs here are more reminiscent of some of the North Coast spots, quite barren. At the moment, Facebook and Instagram are overflowing with pretty pictures of washed up Portuguese man o’ wars (or Portuguese men o’ war?) in Cornwall, but we only saw two small shrivelled up ones (at Holywell Beach) so far. It was therefore great to see ten or so on the high tide strand line at Dollar Cove and Gunwalloe Church Cove. The smaller ones measured only five cm or so, with the largest one close to 20 cm (the size refers to the pasty-shaped, gas-filled float or pneumatophore). Unlike true jellyfish, which can move by contracting muscles around their bell, the Portuguese man o’ War (Physalia physalis) just sails. More amazingly, they actually are not individuals but colonies comprised of different, specialized individuals (it is getting late writing this, so I will lazily refer to Wikipedia). Stunning colours and truly great finds! 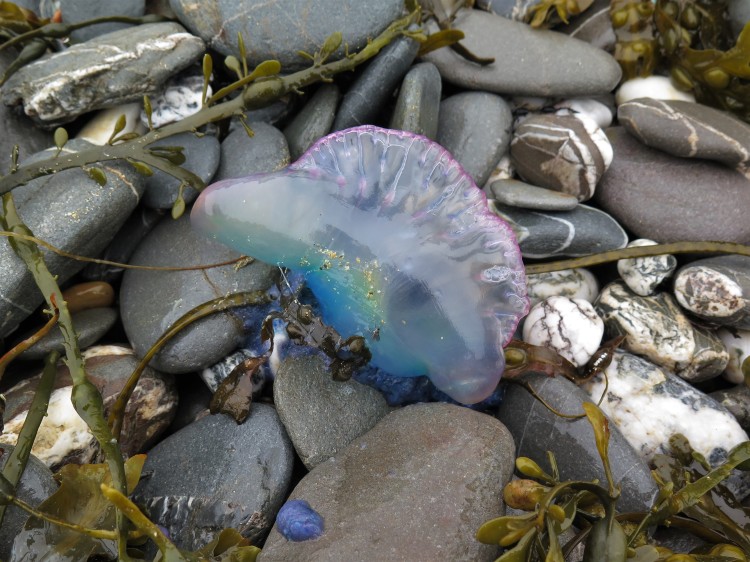 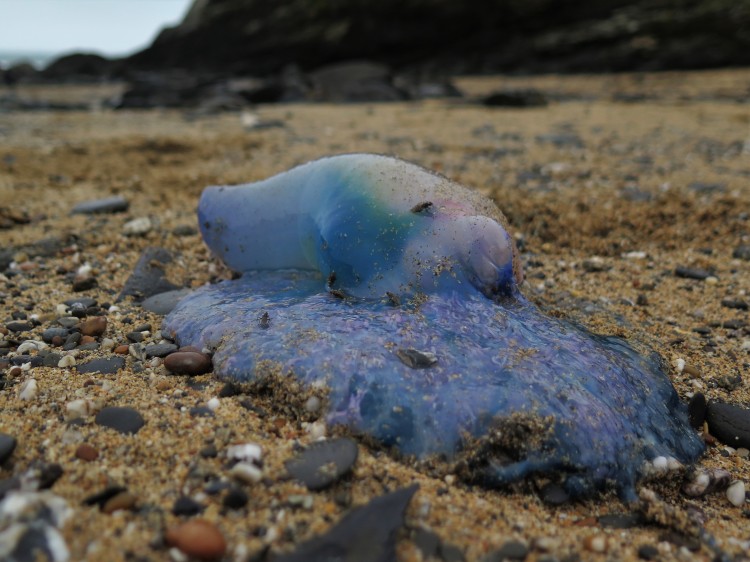