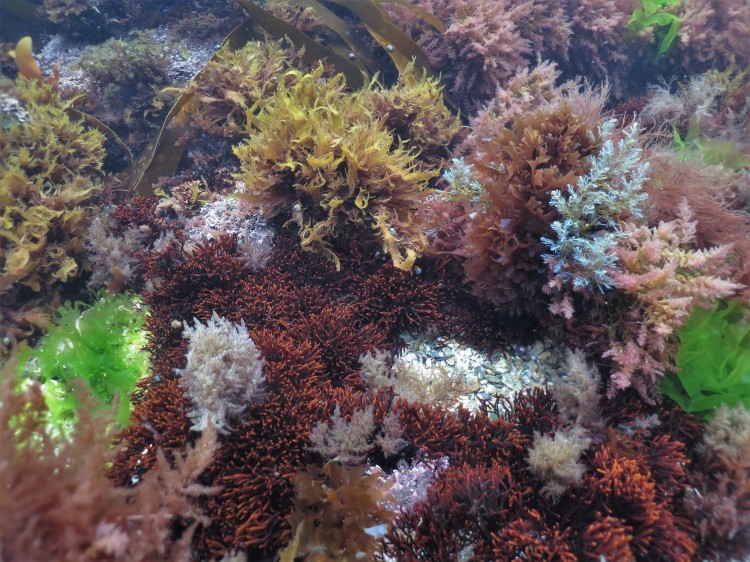 Above an illustration of the decline of seaweeds: Juicy whorl weed Chylocladia verticillata all white and fuzzy (see for a more healthy looking plant this post from 2.5 months ago) on a bed of the common and pretty Discoid fork weed Polyides rotundus. There seem to be around 25 or so  (larger) species that are common in these pools. Many of them can be seen in the two photos below (including a stray Bladder wrack, a species that dominates the shore just a meter higher):

Below, a whole bunch of individual species. First, Sea beech Delesseria sanguinea, which must have washed up from under the kelp beds (too bad I did not get the entire plant in frame…). Second, a photo of Ulva with Chipolata weed Scytosiphon lomentaria. Third, the brown Divided net weed Dictyota dichotoma. Fourth, Slender wart weed Gracilaria gracilis. Fifth, False eyelash weed Calliblepharis jubata; this plant has grown quite large and has turned from dark red/brown to a much lighter brown. Sixth, the Falkenbergia stage of Harpoon weed Asparagopsis armata (see the third photo) on the right. Seventh, Red grape weed Gastroclonium ovatum. Finally, two photos of my favourite species the blue Bushy rainbow wrack Cystoseira tamariscifolia. 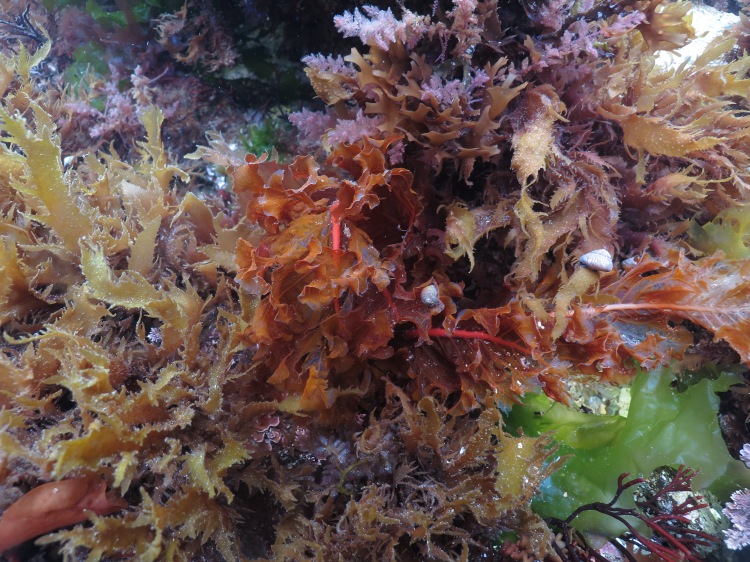 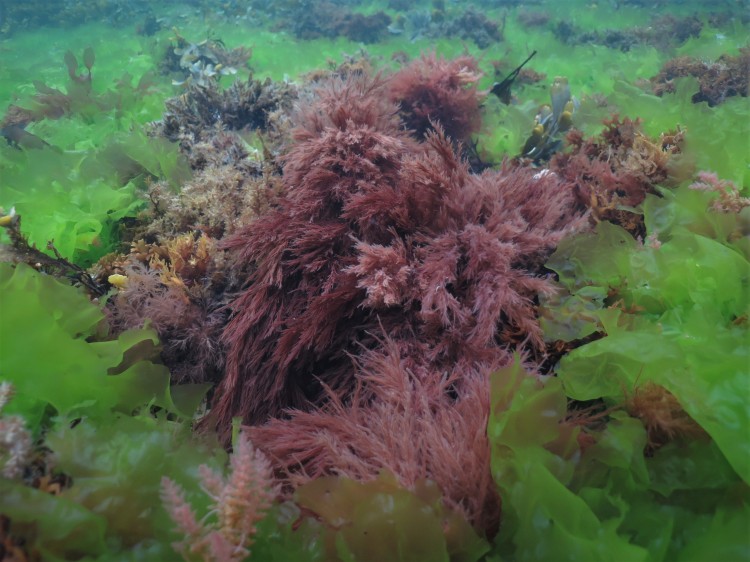 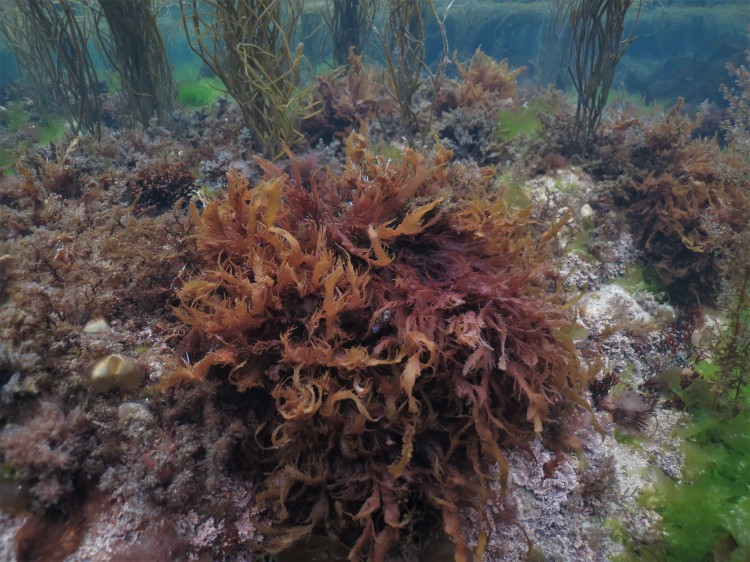 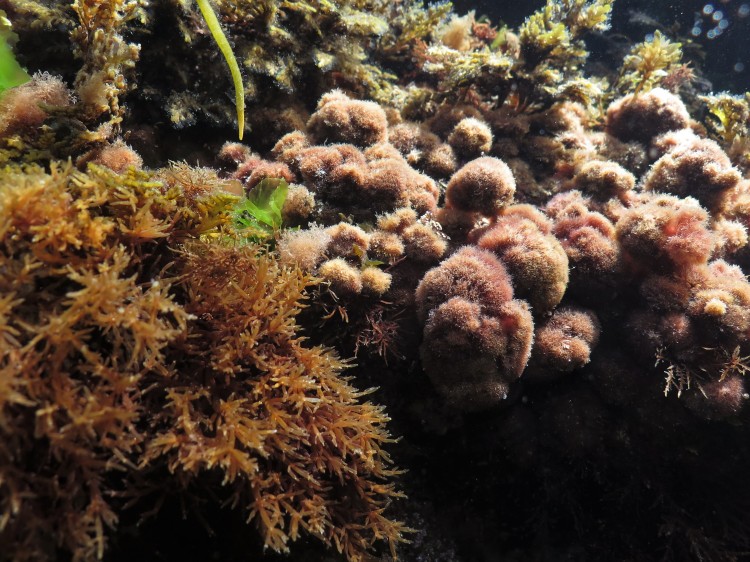