A trip to Carne Beach on the Roseland Peninsula, east of Porthscato and west of Nare Head. The beach is facing south and the sun was so bright that my iPhone pictures were all overexposed, but I’m not complaining in February! I did not have time to go rock pooling much longer than ten minutes, but in this time, I managed to find Stalked Jellyfish, as described in the previous post. Some very nice rock pools to the east of the beach (the pools to the west where the beach is called Pendower looked even better). On pretty much every Slender wart weed Gracilaria gracilis plant I found a Spotted kaleidoscope jellyfish Haliclystis octoradiatus (see stauromedusae.co.uk for all things stalked jellyfish). I also found a smaller, red species which David Fenwick ID’d as a Lucernariopsis campanulata (last two pictures). I will now keep my eyes out for these beautiful little creatures as their biology and distribution are not well-known and record my findings. 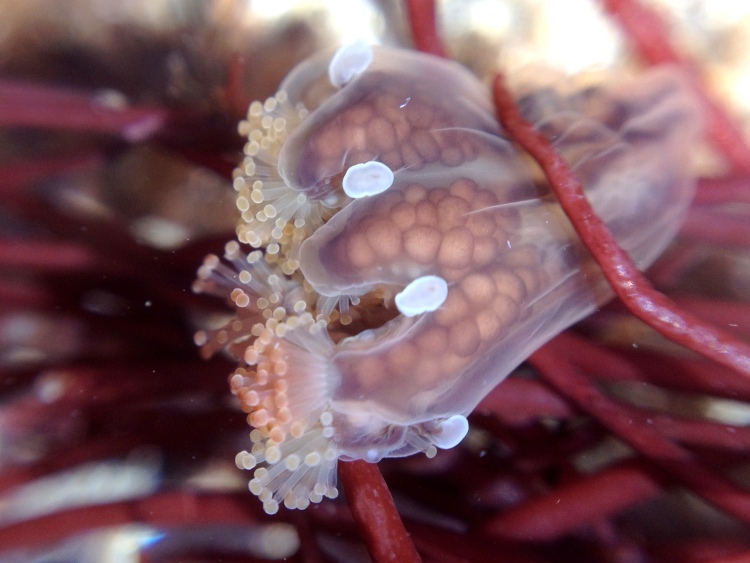 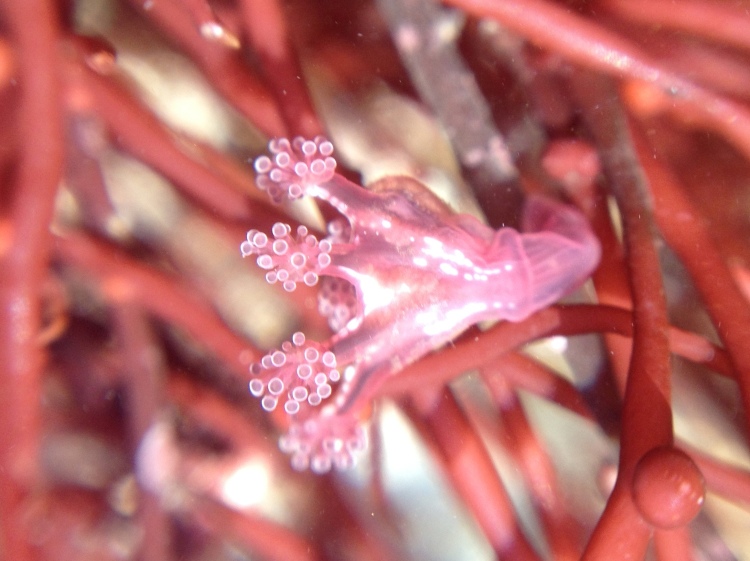