For the first time in a while I had time to nip over to Castle Beach to do a little rock pooling. The tide wasn’t the best and the pools did not look to great either actually; this seemed to be due to a mix of some seaweed species dying off, and some not so great-looking species ones blooming: 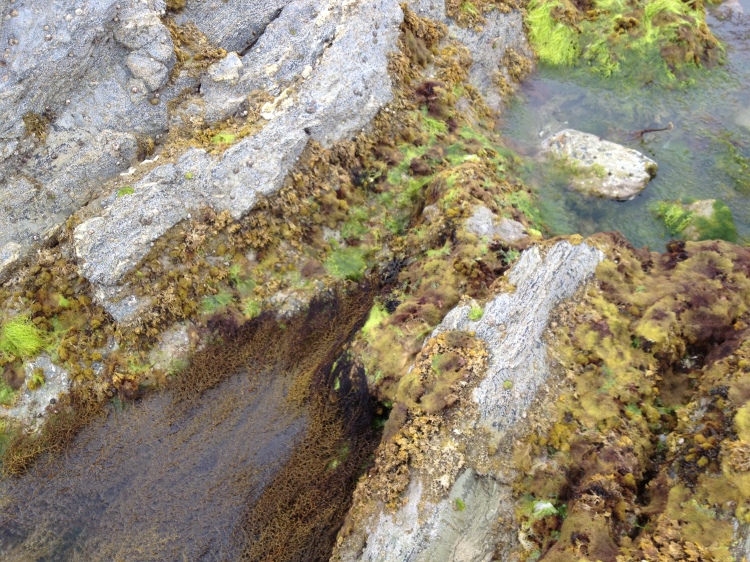 Lots of Wireweed, Ulva and very fine weeds (the latter are often very pretty under magnified and in water, but not so much as a blob on the rocks). What might be Desmarestia viridis (but don’t take my word for it):

Still, there was plenty to see: Orange-clubbed sea slugs for instance and one very weird-looking creature I had never noticed before was clinging on in little groups on red seaweeds under overhangs, the annual sponge Sycon ciliatum:

The Breadcrumb sponge Halicondria panicea can be very nicely coloured:

There were a lot of tunicates about. Colony-forming Morchellium argum for instance and this beauty, probably Ascidia mentula (determined by helpful folks at the ‘NE Atlantic Tunicata‘ facebook group):

One colony-forming tunicate looked superficially like Botryllus but was much bigger and less pretty, it might be Aplidium nordmanni:

Quite a lot of Sting winkles Ocenebra erinacea were around as well:

Finally, I spotted the orange/yellow egg masses of the Cornish sucker (or Shore clingfish) Lepadogaster lepadogaster (see here for an older post on them). However, I also found some that were greyish and had a speckled band, as well as a red dot between the eyes. Local expert David Fenwick told me these are from the Small-headed clingfish Apletodon dentatus, a species I have not yet seen the adults of (see his site for pictures): 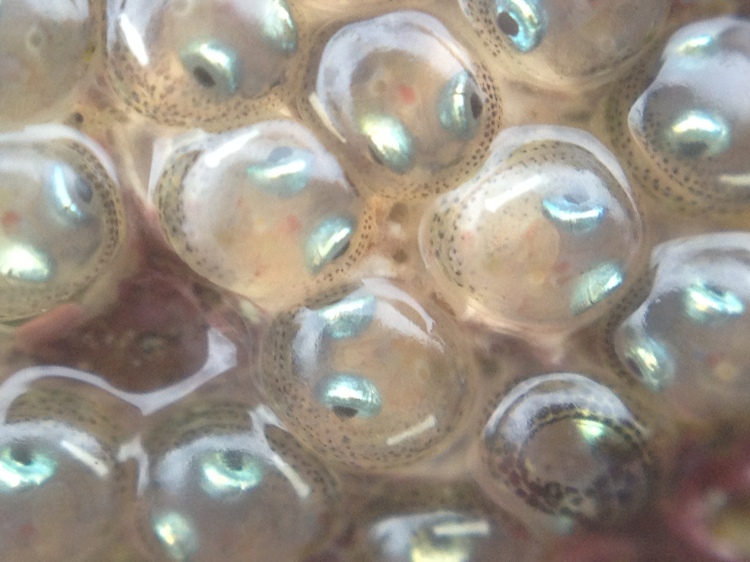