The weather was terrible last weekend so I only went for a brief trip to Flushing beach. It was noticeable that the Dumont’s tubular weed Dumontia contorta, abundant during the last months, is disappearing and flat red and green seaweeds are on the increase: 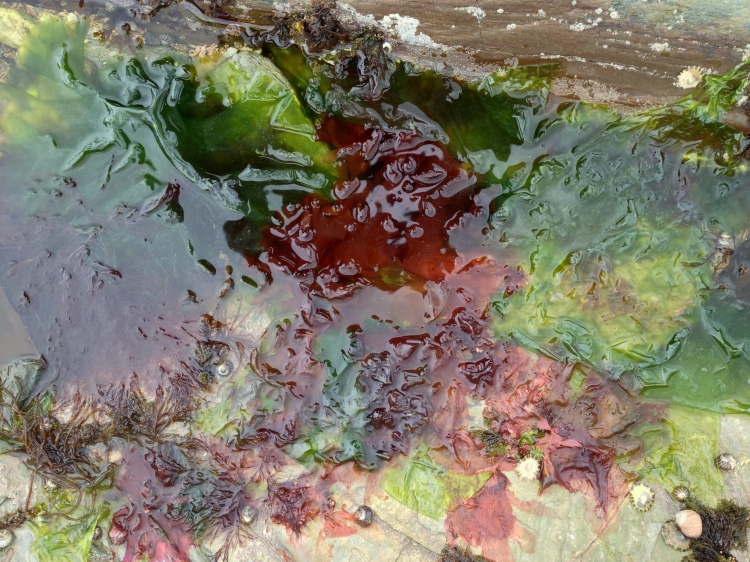 I found some Bushy Berry Wrack Cystoseira baccata (I think) and a very fine red seaweed that I could not identify using my Seasearch Guide to Seaweeds of Britain and Ireland: 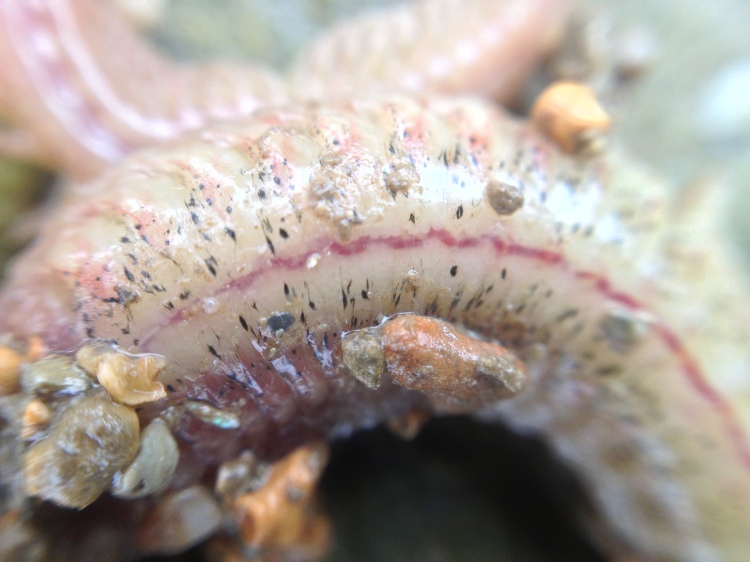 My main aim was to get some finer sand to replace the coarse, white gravel collected from Maenporth beach that I have in my aquarium now. This sand is formed for a large part by remnants of Maerl, species of coralline algae. Beds of Maerl nodules are a threatened and important habitat for many animals and also other seaweeds.