I have not been in the water recently but went good oldfashioned rockpooling instead a week ago. No ‘lifers’ but there is always something interesting to see. For instance, my first albino cushion star (Asterina gibbosa). This small species (these individuals are only a little over a centimetre) is incredibly common here. Btw, I must confess this shot was staged, I placed these seastars together. Below, a Candy-striped flatworm (Prostheceraeus vittatus), also about a centimetre. Next, the Yellow-plumed or Side-gilled seaslug (Berthella plumula). Another common species but it is difficult to get a decent photo of this blob! This mollusc has an internal shell and, interestingly, glands that secrete sulphuric acid when it is attacked. You can see a little slug right beside it, maybe a juvenile Sea Lemon. 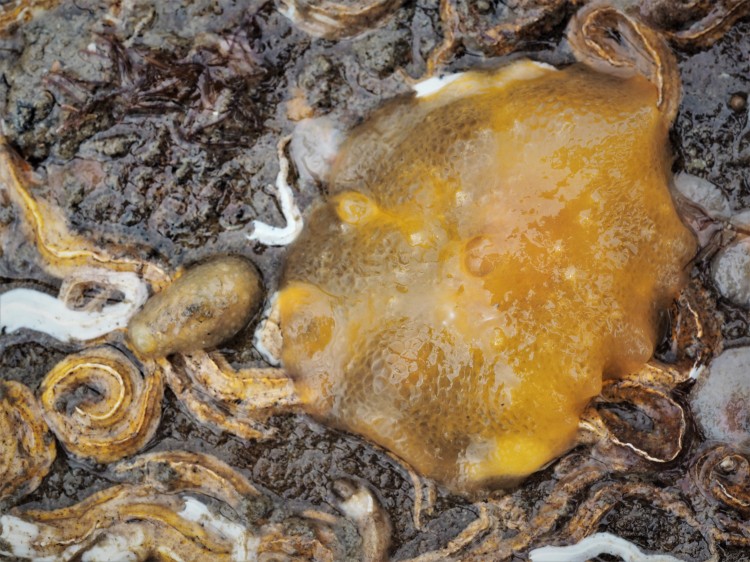 Finally a photo that I had wanted to take for a while: can you spot the crabs? One of the most common invertebrates here is the Furrowed Crab or Montagu’s Crab Xantho incisus. Xantho species are known as Pebble Crabs which is the name I prefer; although highly variable in colouration they are very good at blending in amongst the pebbles! How many can you spot? There might be a stray Risso’s Crab Xantho pilipes in there as well, as they are quite similar (except for a fringe of hairs on the legs and carapace) and also common here. High time to have a look again underwater as well. 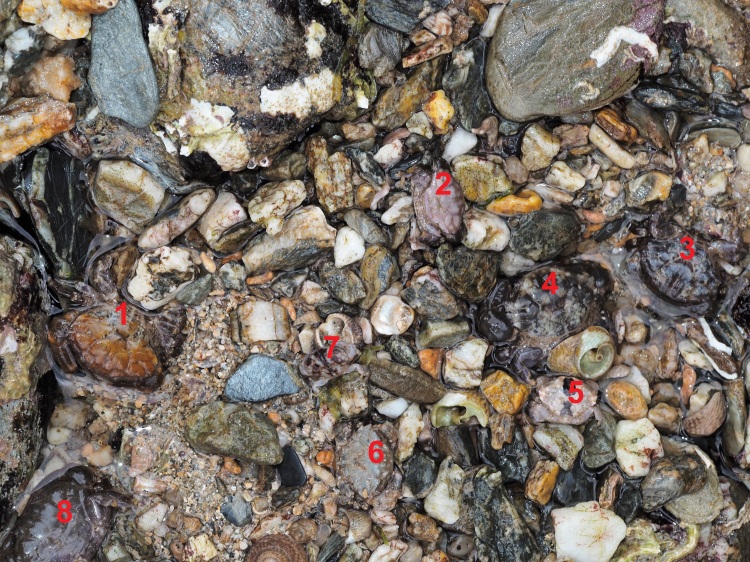