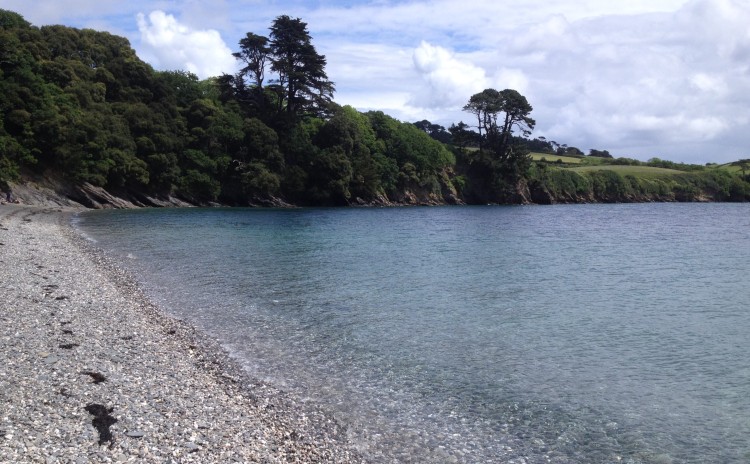 I was lucky to go diving twice this weekend, first at Grebe beach next to Durgan in the Helford Passage. As the photo above shows, this is as pretty as Cornwall gets, and the water looked crystal clear at high tide as well. It was a pain to get all picknick stuff and diving gear down (no parking nearby) but it was worth it. Unfortunately I left my fins in my car, so it was a very slow swim out. I emptied my stab jacket and tried walking over the seabed which half-worked (let’s say it was an interesting way of diving). Unfortunately the viz was not as great as expected. I spotted a small squid but it took off before I could take a snap. Other than that no special sightings. Below two images of the eelgrass, two frisky Sea hares Aplysia punctata and a macro photo of a Necklace shell Euspira catena. 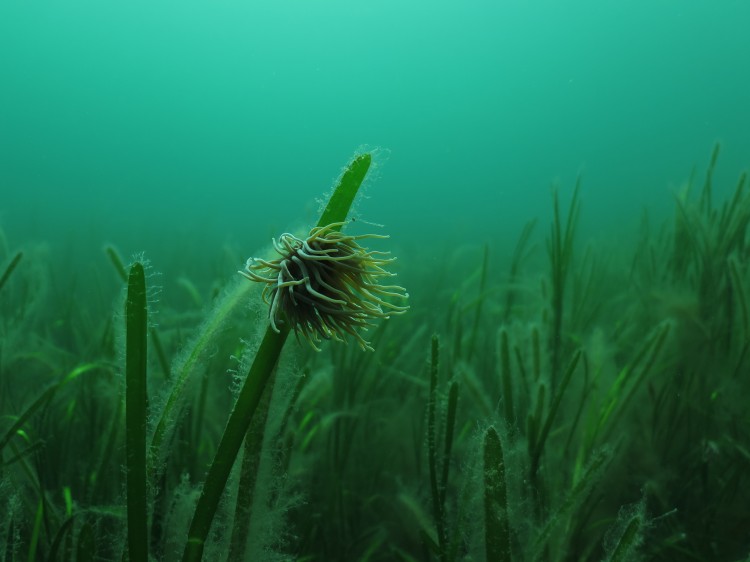 I had the rented tank refilled at Seaways in Penryn in case there was an opportunity to go out Sunday. The opportunity turned out to be limited to the village where I live, Flushing (opposite the harbour of Falmouth). I had never seen divers in Flushing or heard of anyone diving there, and judging from the siltier conditions and presence of boats that seemed to make sense. However, I always was a bit curious how this bit looked underwater, especially I wanted to check out the extent of the eelgrass emerging at very low tides (see this old rock pooling post). The visibility was not very good and near the shore there was only decaying seaweed. After a while though, lots of eelgras appeared. I was unsure whether this spot is known for eelgrass so I recorded my findings on the seagrass spotter site. This was the first time I brought my new strobe to have a play with, I need lots of practice for sure. Below a Thornback ray Raja clavata photographed with and without flash (no postprocessing used).

The eelgrass looked very tall and healthy and many plants were flowering (middle of the photo). Towards the channel the eelgrass thinned out which allowed to observe little mud dwelling creatures. Pleurobranchus membranaceus are not that little actually (egg masses present). Finally, a lucky shot. Looking through the eelgrass, a curious school of Seabass Dicentrarchus labrax circled around me quite closeby. (After I left the water I heard a seal was near too but it would have had to be right in front of me for me to see it.) All in all it was a very interesting shallow dive close to home and I will definitely try to return soon. 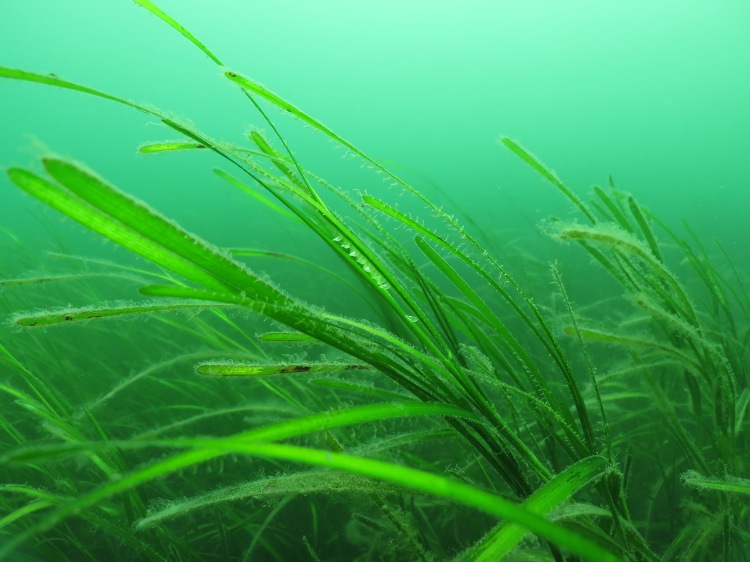