Coralline algae, pink and purple, feathery or encrusting, are a conspicuous part of the local rock pools. When viewed close up, even the crusts are not boring, as they reveal little stalks and holes forming reproductive structures. The above species could be Common pale paint weed Lithophyllum incrustans or Common purple paint weed Phytamoliton purpureum; it is hard to tell species apart and there are likely more species than the few described on websites or in books. In the third photo, the thinner crusts are probably Phymatolithon lenormandii. Only when looking at close-up photos it becomes apparent that juvenile limpets (Patella spp) and White tortoise shell limpets Tectura virginea are very common. 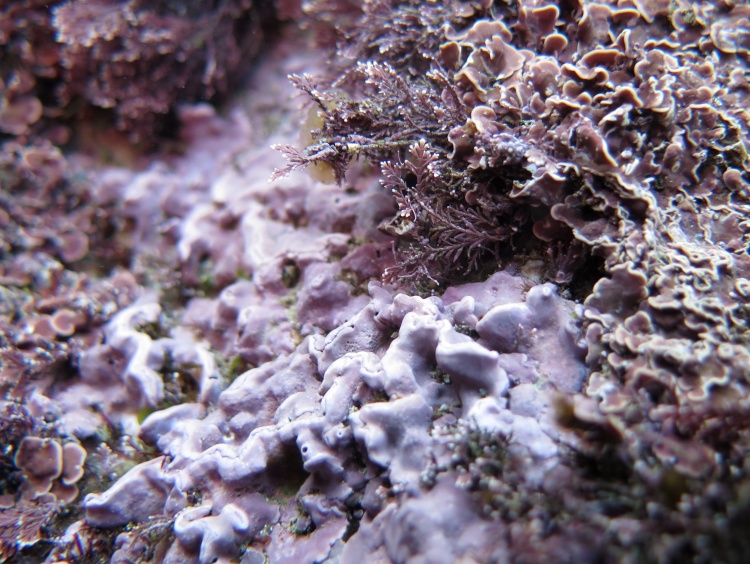 Coralline algae are desirable in tropical reef aquariums, as they cover the brownish live rock in pretty colors. There are even special supplements for sale to promote their growth. They need low phosphates and sufficent calcium (as well as magnesium) to grow well, just as hard corals do. Good light helps, although there are also species that thrive under low light. I have a bit of coralline algae in my tank, but only in spots with high flow, so that seems important too. It might be a nice experiment to take a small tank, with a good light source and a decent pump (with rowaphos to keep phosphates down), and add some coralline algae-covered rocks to see what happens. Doing frequent 100% water changes will replenish calcium and magnesium, and not adding animals and food will keep nutrient levels minimal. With some interesting rock formations, it could develop into something pretty. 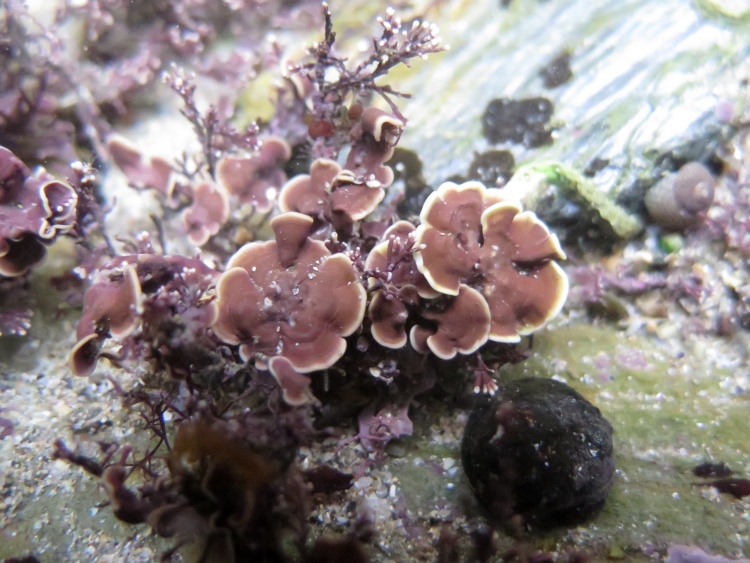 The species Titanoderma pustulatum grows on other seaweeds, such as Irish moss Chondrus crispus on the photo above. Pink plates Mesophyllum lichenoides are coralline algae that are very common on the mid- and lower shore here in Falmouth. They look a bit like a miniature version of Montipora corals. At the moment, some individuals are covered in knobbly reproductive structures housing spores. Pink plates grows epiphytically on Common coral weed Corallina officinalis, the species that makes up the bulk of the coralline algae in the rock pools (see second photo of this post, on the right). Slender-beaded coral weed Jania rubens is also quite common at the moment. Corallina and Jania can be seen growing side by side in the second-last photo. Jania here grows epiphytically on Hairy sand weed Cladostephus spongiosus (this species is normally fuzzy but in winter the branches are bare and slender). I hope to go diving soon and take more photos of the most ‘spectacular’ coralline algae: maerl. 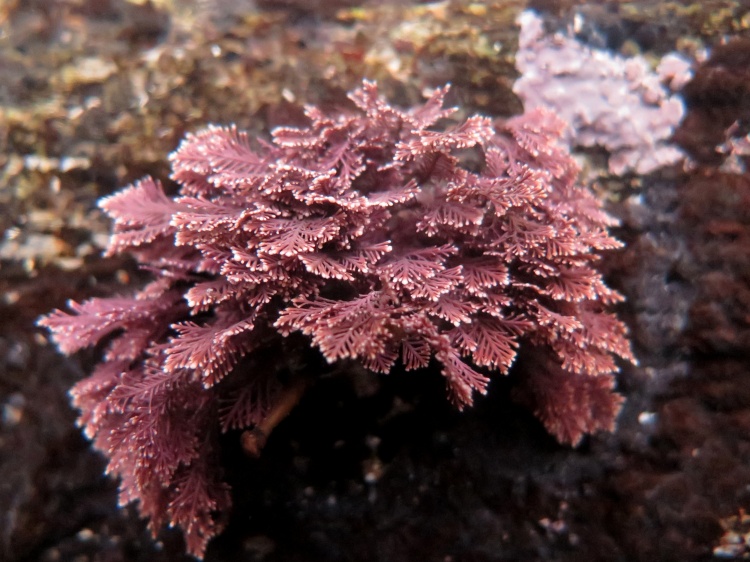 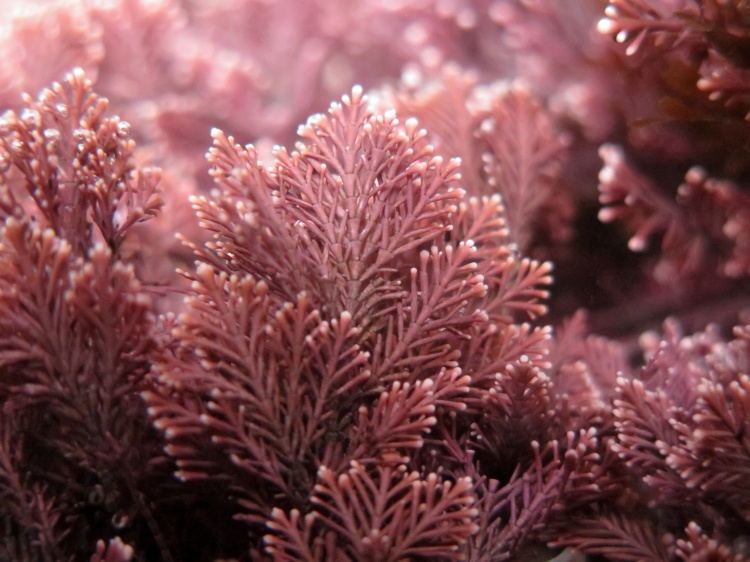 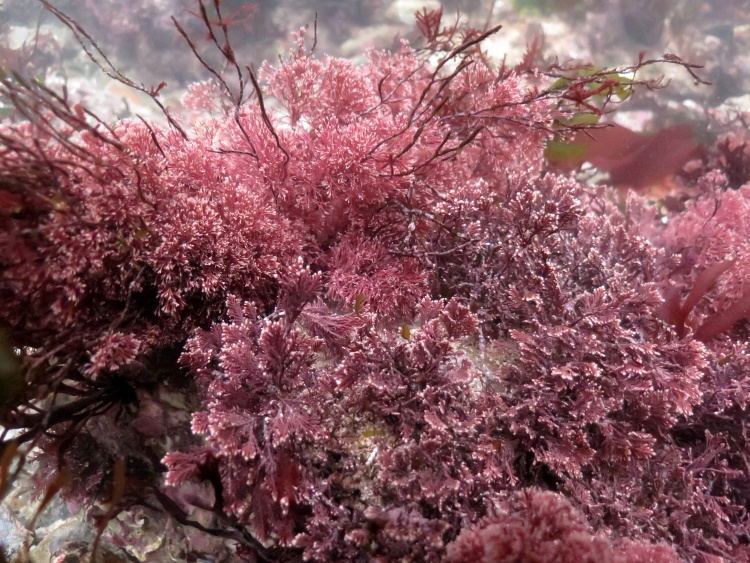