It’s been a few months since I posted about the aquarium. I mentioned in the last update that the tank is a bit empty and this is still the case. Worryingly, several of my anemones (multiple species) have been wasting away, with a small portion of the tentacles first disappearing before they succumb to hungry Cushion stars. I suspect this is a pathogen of some sort; a remote alternative possibility is that the rummaging urchins damage them when passing and I have removed a few just in case (a shame, as they seemed to do really well). I have posted a photo of one of my oldest strawberry anemones in very bad shape (and with a lurking Cushion star near). Nothing I can do about it, I hope it stops! Next a picture of a Dog whelk Nucella lapillus and a Common starfish eating a Turban top shell Gibbula magus. 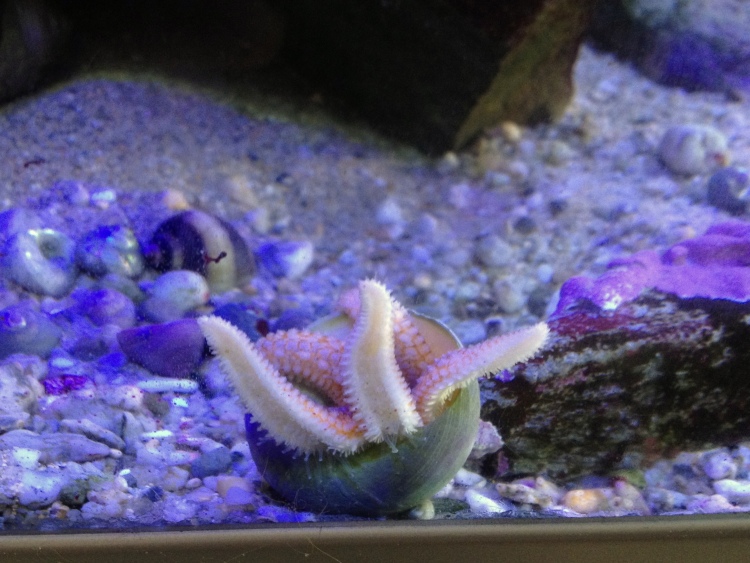 The two stock pumps (and their replacements) had gone a long time ago and the only circulation through the back compartment was caused by my eheim pump connected to the chiller. To get more filtration capacity and flow, I ordered a Red Sea Max replacement pump (£70!!). Handily, it came assembled with reversed in- and outflow outlets, causing the back compartment to flood and water spilling out of the hood onto the electrical sockets. Luckily I could switch it off quickly and nothing bad happened. The flow is much better now. I removed the skimmer as I do not use it (last time I did the pump sounded like it was giving up the ghost anyway). The photo shows the interesting inhabitant I found when removing it after such a long time, a tunicate. I placed the filtration bag in the large back compartment, less through flow but easier to work with (sorry this is getting a bit too involved for the non-aquarium keepers…). Lastly, I prised open the hood and cut the wires of the two fans as they were noisy and with half of my LEDs on the lowest dimmer level, overheating is not an issue. I currently have no seaweeds placed in the aquarium, but a couple of red species are appearing spontaneously, which is the best way. I will set free my two gobies when going on holiday soon. I added three Cornish suckers Lepadogaster lepadogaster recently and, as I feared, have not seen them after, hiding between the rocks (two of them with some worm pipefish on the last snap collecting in Falmouth). Hope to add some interesting new beasties later in summer! 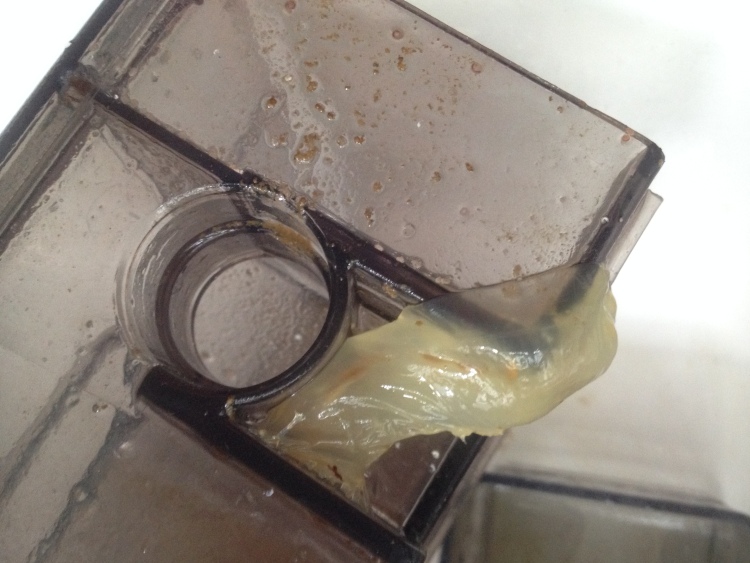 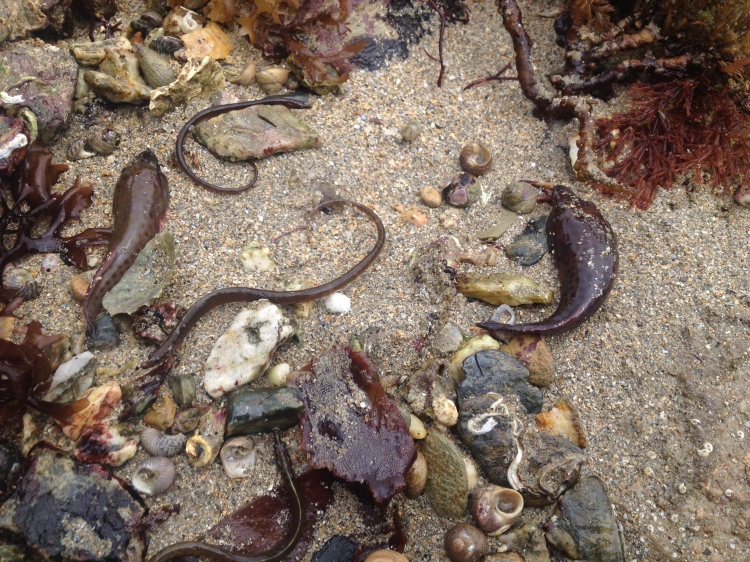