In the series ‘pontooning‘, I returned to Mylor a week ago Friday to have a quick look around in the marina. The water was choppy, but visibility on the sheltered side of the pontoons was OK. I noticed a brown slug-like thing flapping about next to a boat. My first thought was a sea hare (I have seen plenty but have not yet seen them swimming). Upon closer inspection, I saw that it was something else, it had a shell like Haminoea or Akera, species I had never seen, especially not swimming. It turns out that it was Akera bullata, an Ophistobranch mollusc that is rarely seen in Cornwall and generally is observed crawling on the mud, not swimming. Why they swim is not well understood, but they usually swarm in numbers and so there must be some general response to the environment or mating behaviour going on. I saw four other individuals nearby so that fits. I made a couple of movies but as I could not look through the viewfinder the footage is not great (I went back Saturday and Sunday to try and find them back but was not able to). The shell can be clearly seen hanging down (Akera is related to the Sea hare but has retained its external shell). When lifted out of the water, the animal folds its mantle around its shell.

There were some other interesting things to see. The dominant organism on the pontoons is the tunicate Cione intestinalis (I see there are some other tunicate species hiding in these pictures; I will have to take a closer look next time). Amongst it grows the purple invasive Bryozoan Bugula neritina. Next, a colonial tunicate thta could be Botrylloides violaceus, Trididemnum cereum or Didemnun maculosum (or something else again). After that, the beautiful Lightbulb sea squirt Clavelina lepadiformis. 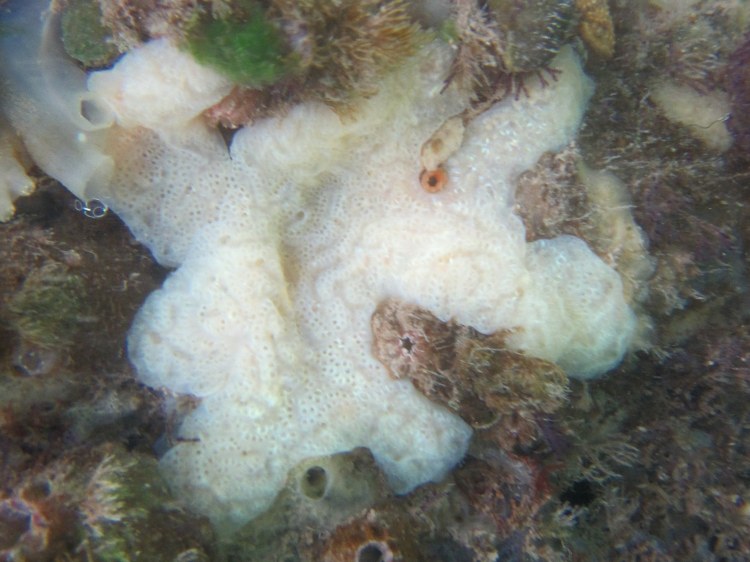 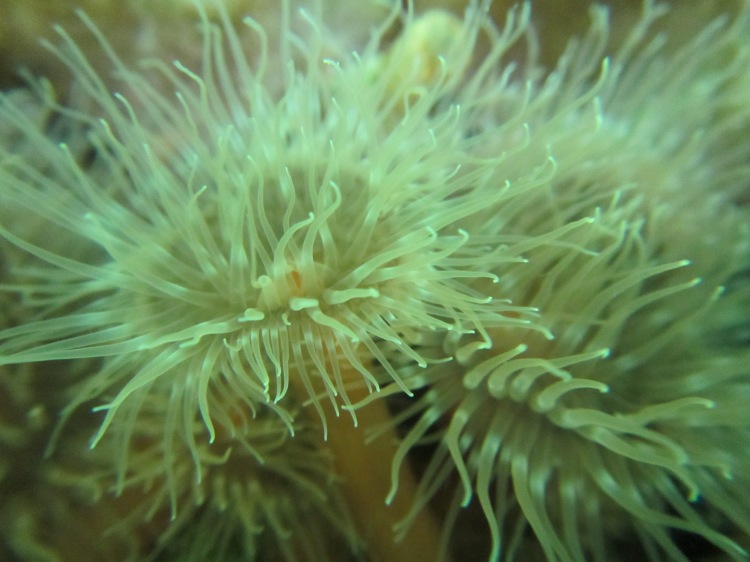 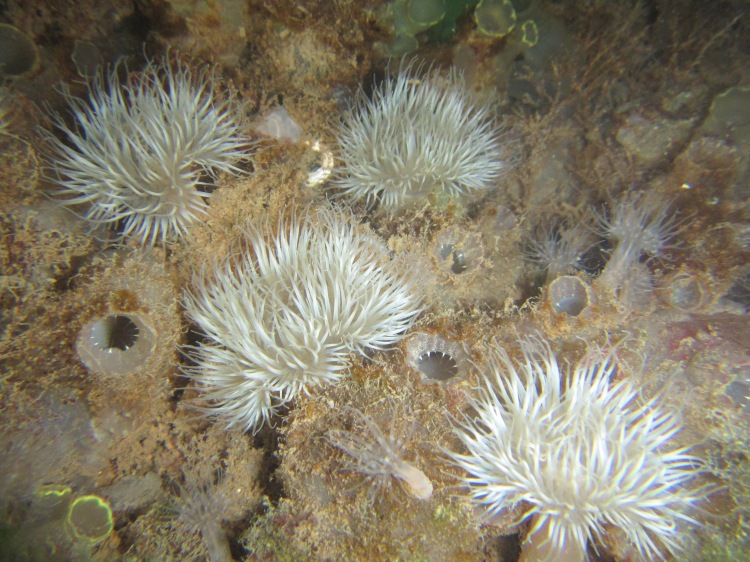 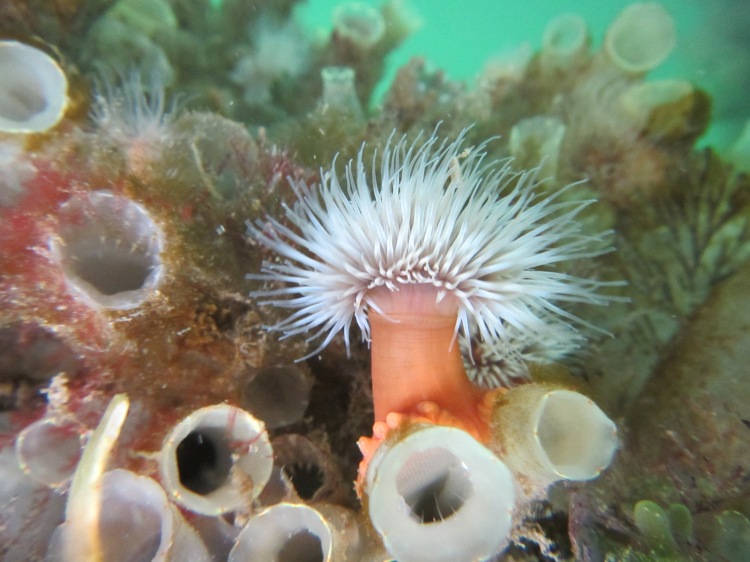