This snorkel session was also the first time I took a proper look underneath the kelp. Mowing through this forest is very interesting. Besides the gobies and starfish, there are a lot of sponges, bryozoans and hydroids to be seen. A picture from this ‘turf’ with many hydrozoans and a larger erect bryozoan (perhaps an Alcyonidium species?); these are groups I know very little about. A photo beneath that of some worms Bispira volutacornis, very beautiful: 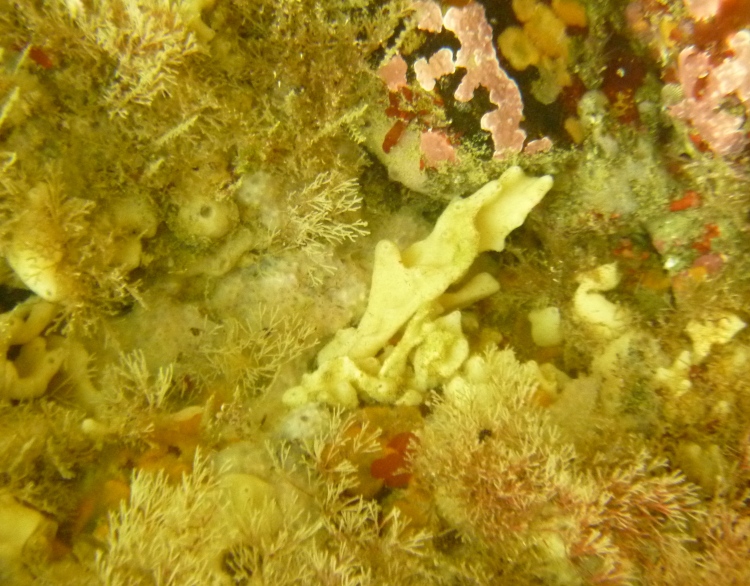 The kelp is covered by a not so pretty, large, fluffy brown seaweed which might be Pylaiella littoralis (first picture). Large bushes of the slightly iridescent Dictyota dichotoma were also common, this is a species I have never seen in rock pools (second picture). The rocks underneath the kelp are also home to many red seaweeds, notably Sea Oak (I have to get back for some pictures). 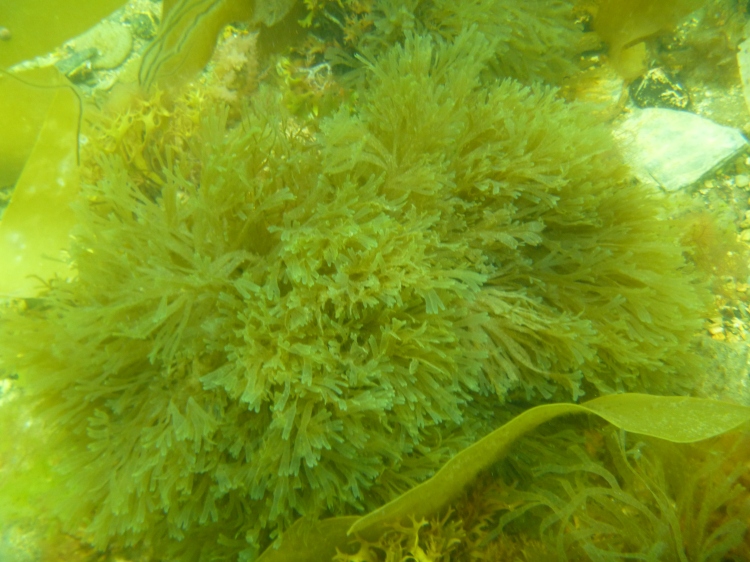 In the deeper channels there were many Mermaid’s tresses Chorda filum, more than five meters in length. The shallow rocks were covered with Thongweed Himanthalia elongata and Grape pip weed Mastocarpus stellatus with assorted epiphytic tufts of fine red seaweeds.