The diversity of crabs here in Cornwall is quite high: it is easy to spot more than five species in just a minute of rock pooling. The Furrowed crab Xantho incisus (or X. hydrophilus) has relatively large claws and can do a lot of posturing when disturbed but it is actually quite docile and never pinches hard: 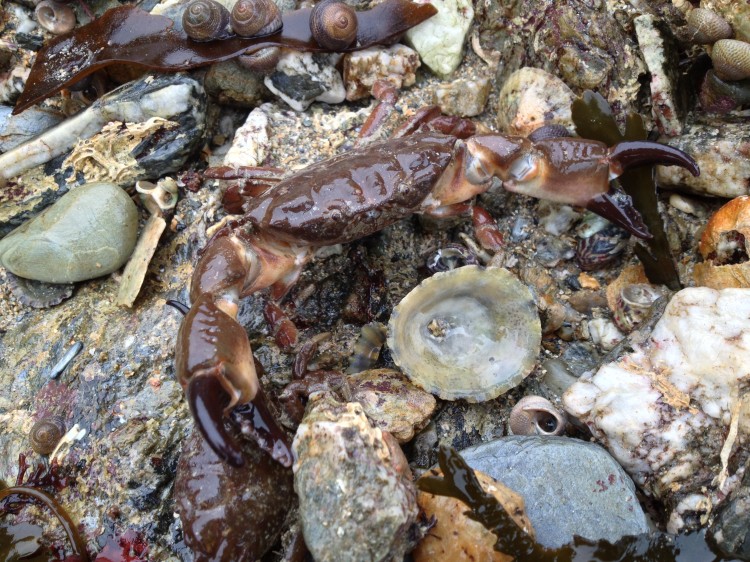 I have only once encountered the small crab Pirimela denticulata (but I must say I have not been looking particularly hard): 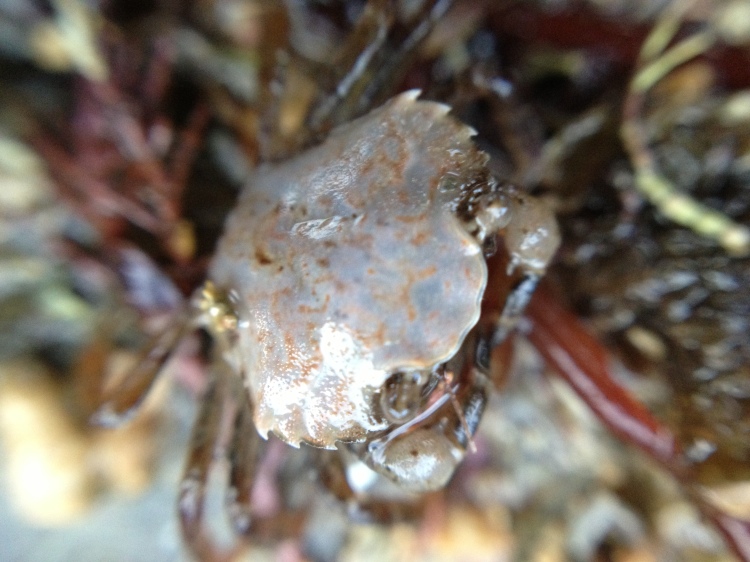 The Broad-clawed porcelain crab Porcellana platycheles is extremely common under rocks. I have added a couple to my aquarium when I started but as they just hide under rocks that wasn’t a very smart idea. Months later when re-arranging a rock I found them again so at least they seem to do well in the aquarium: 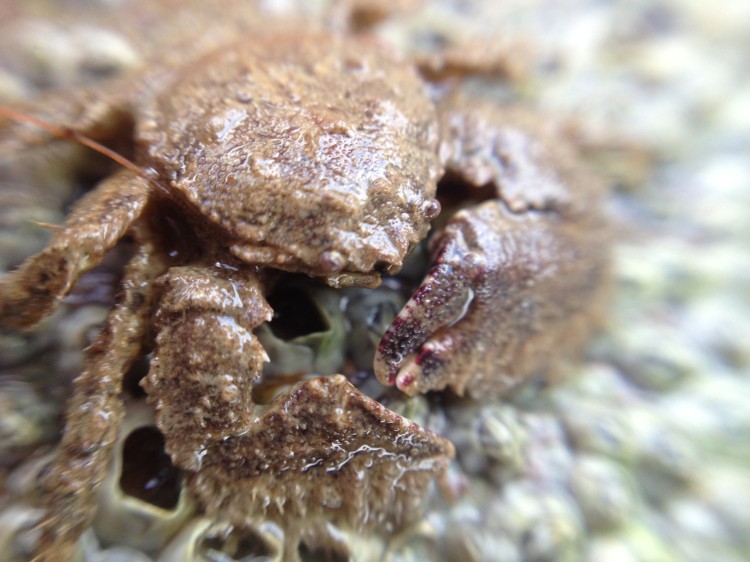