With the seaweeds collected, it was time to plant my aquarium. This time I took a more serious approach, I planted lots. Many of the seaweeds had bits of rock attached to their holdfasts which made it easy to anchor them in the gravel. Two of the weeds I tied to rocks with a piece of elastic band, easy peasy:

View from the left side. False eyelash weed Calliblepharis jubata in the front, tall Wireweed Sargassum muticum and in the middle some coarse brown sea weed which almost looks like a dead conifer. This is probably Bushy berry wrack Cystoseira baccata: 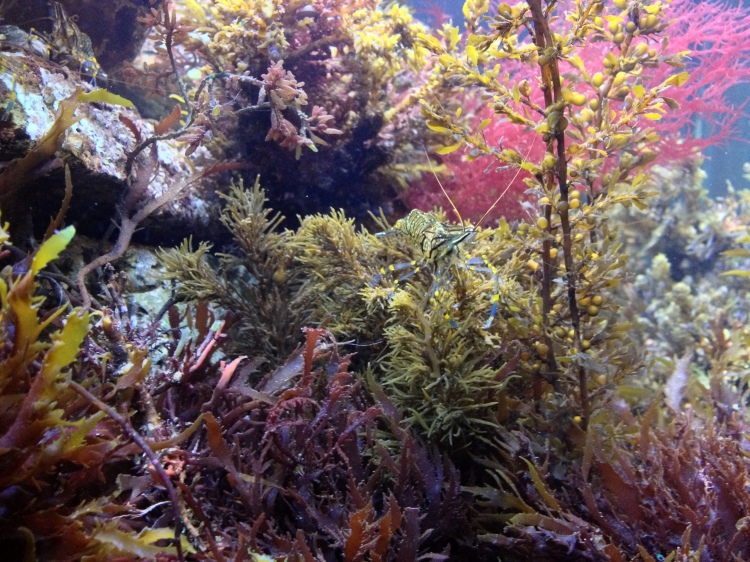 An expanded view, on the right some Red grape weed Gastroclonium ovatum, in the middle the red pluck of Dudresnays whorled weed Dudresnaya vertillicata that I already had:

A goby amidst the False eyelash weed lying on top of what may be Purple claw weed, I am not sure: 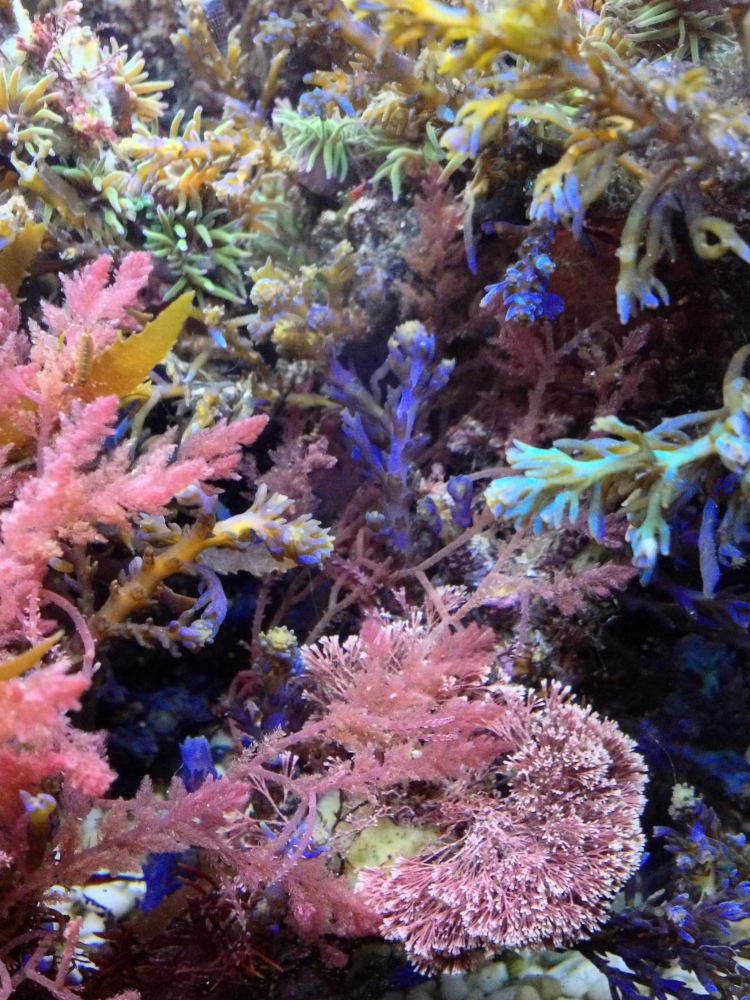 A close-up of the Bushy rainbow wrack. Other plants were bright green or purple. I never knew that seaweeds existed with these iridescent colours. In fact, when I glimpsed one for the first time in a rock pool I disregarded it because I thought it was some seaweed covered in oil slick! These weeds are also have a very cartilaginous texture which give them more of an animal-like appearance. 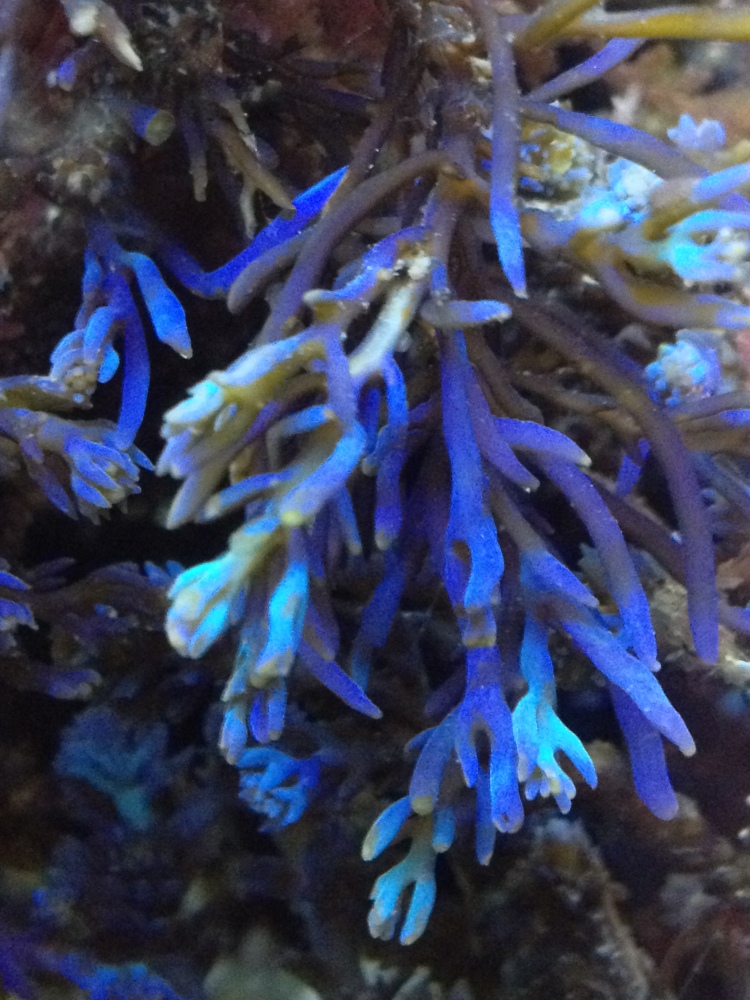 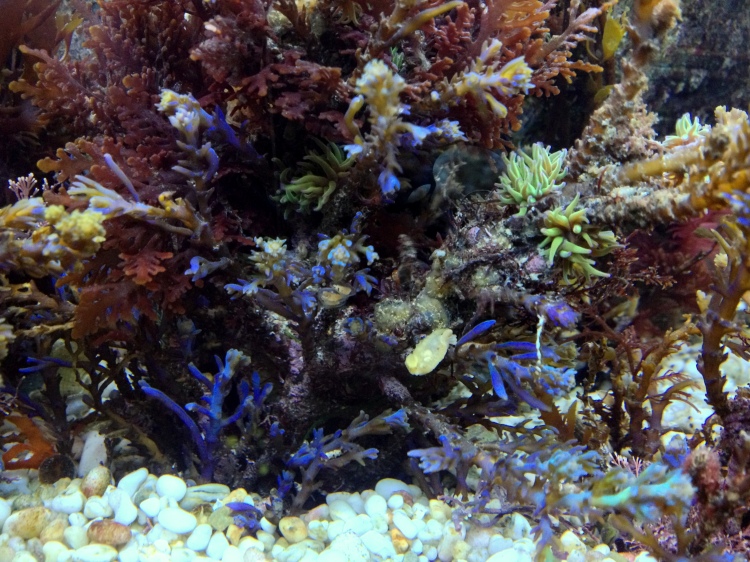 5 thoughts on “some serious aquascaping”