A nice long snorkel in the Helford ‘River’ from Grebe Beach today. The weather was great and so was the water temperature. The timing was good too, close to low tide, so the Eelgrass beds started at only about one meter depth. There were a lot of cool new finds. What was most striking was the extremely large number of Sea hares Aplysia. There was almost one every other square meter, ranging from 5 to 30 cm, and from grey to light brown to very dark brown. The common species Aplysia punctata ususally reaches 7 cm (occasionally up to 20 cm), so the size and often reticulated veining probably make it A. depilans. From David Fenwicks aphotomarine site: “An easy way to distinguish this species from (a third species) Aplysia fasciata is to run a finger from front to back on the dorsal surface. If the finger cannot travel all along the animal from head to tail then it is A. depilans.” This I did not know so I need to go back and stroke some slugs! I see that these large (up to 40 cm!) beasts have been found here before. A not particularly large individual on my hand, as well as an orgy, with some orangy strings of eggs visible: 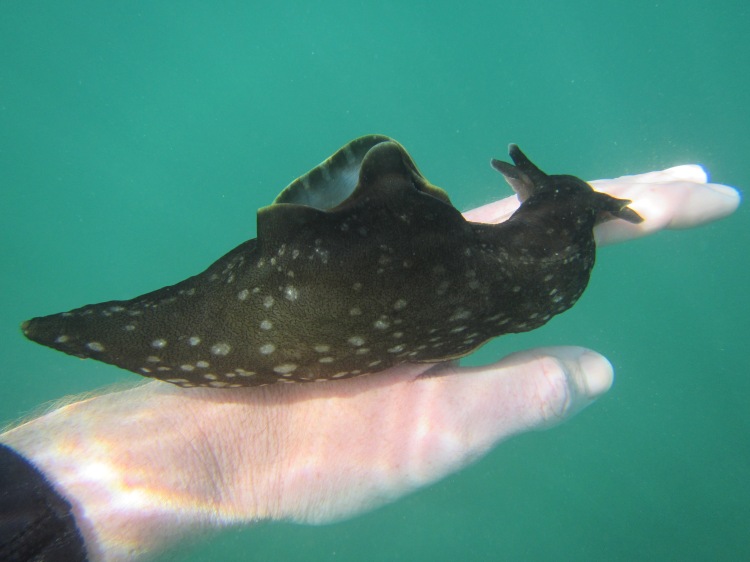 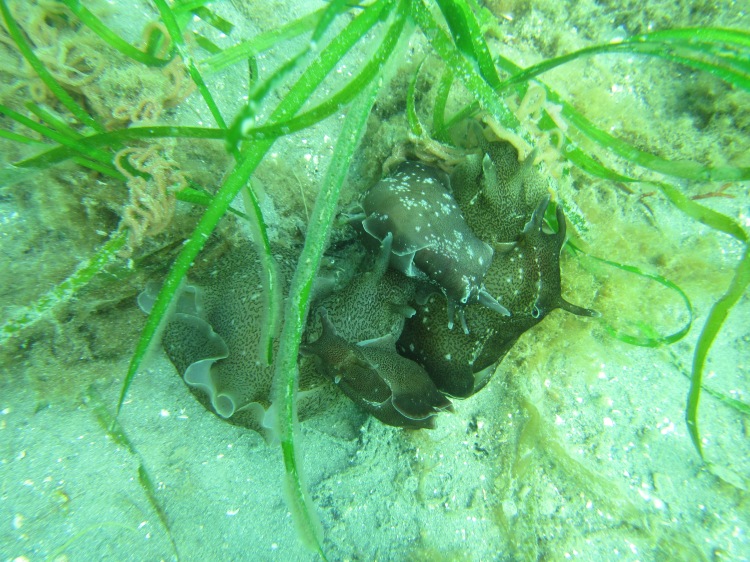 Another interesting mollusc to see was the predatory Necklace shell Euspira catena (not a very good shot, would be nice to go back diving soon so there is more time to take pictures). Other nice finds include a Mud sagartia Sagartia troglodytes anemone (I think!) and a small Sagartiogeton undatus anemone. Finally, at only 2 meters depth, we found a good-sized cuttlefish Sepia officinalis, lying still trusting its camouflage. In places, black Sepia eggs could be seen attached to the Eelgrass. Some of us also spotted a juvenile thornback ray in the shallows: 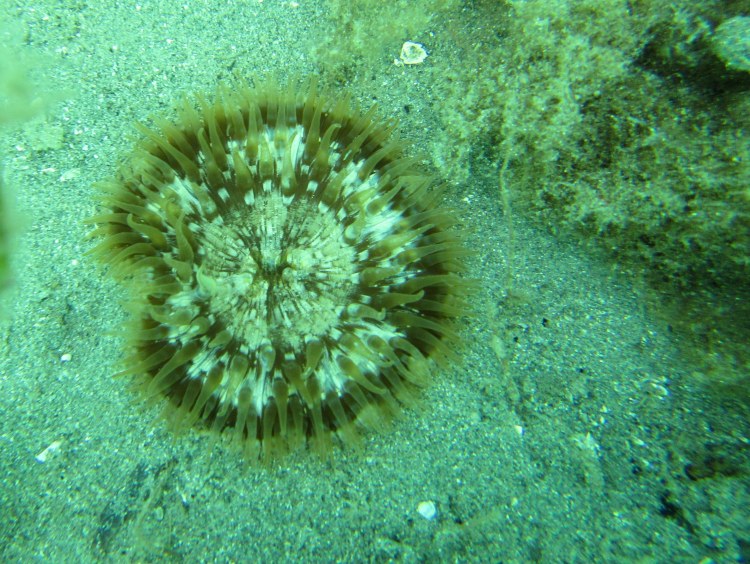 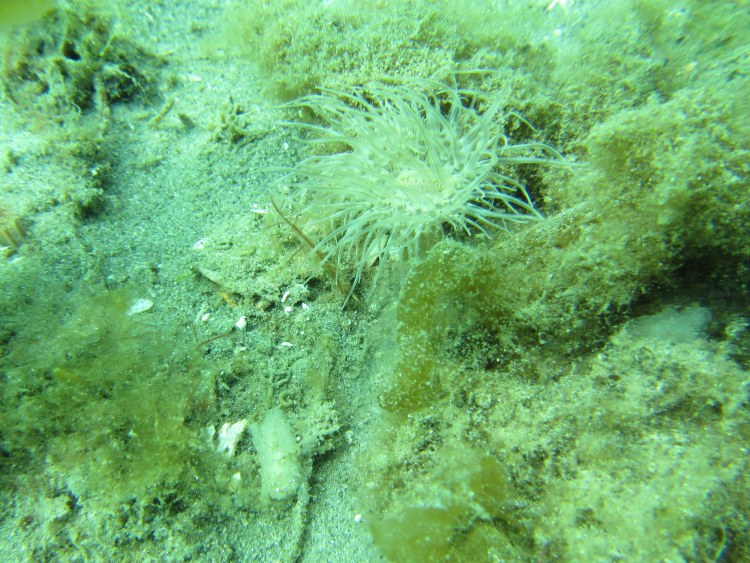 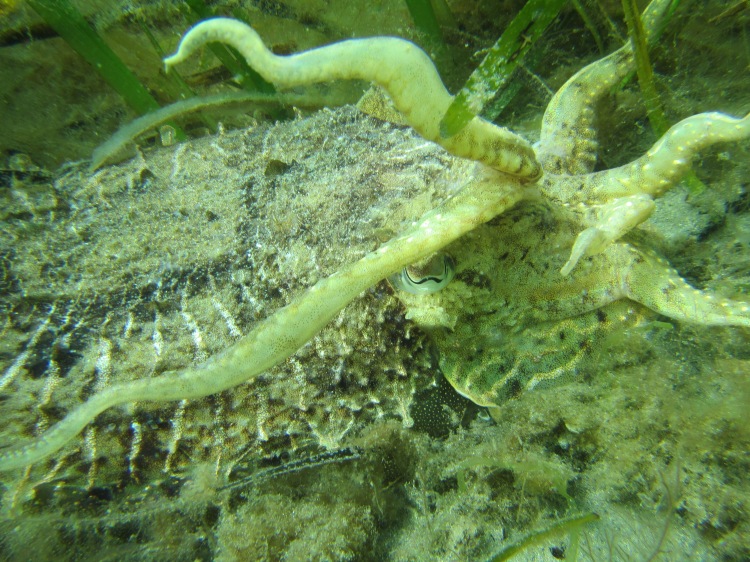