The tide this Sunday in Flushing was as low as it was the day before in Mount’s Bay and the weather was just as great too. We could walk among the Eelgrass and Golden kelp Laminaria ochroleuca. There were lots of Snakelocks anemones Anemonia viridis around; especially striking were patches of what must be clones. The tentacles are much shorter than the ones in my aquarium or those found deeper on kelp, must be due to being less exposed to the waves. Loads of fish as is usual here, a single overturned rock yielded five species alone! Again pictures of the Connemara clingfish Lepadogaster candollei, a Butterfish Pholis gunnellus (very wriggly, hard to get a good shot) and Tompot blenny Parablennius gattorugine eggs: 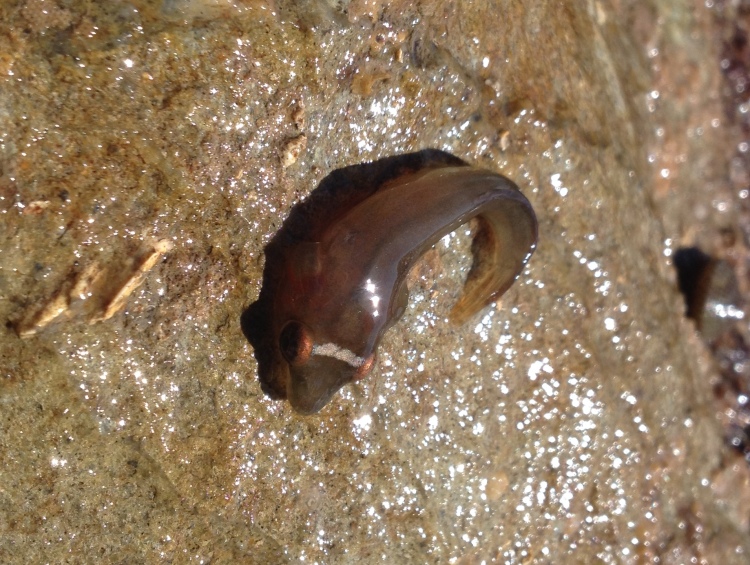 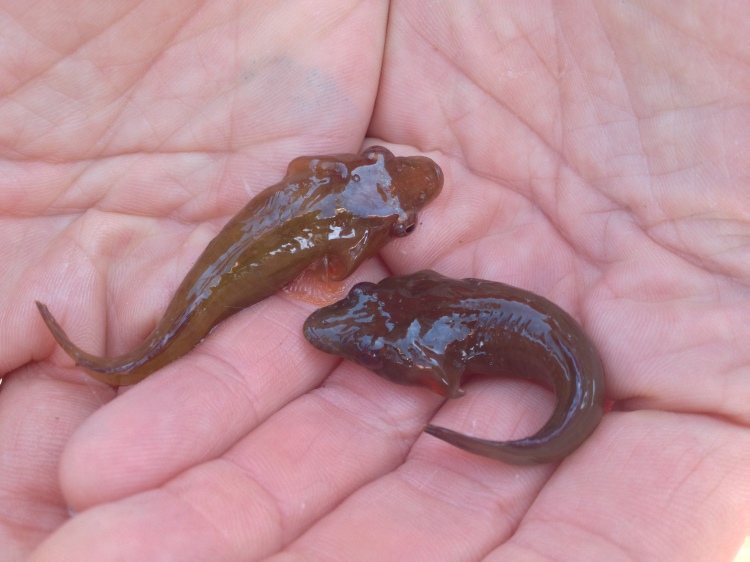 This site is sheltered and silty and some species are more characteristic for this habitat and much less common in Castle Beach in Falmouth. Examples include the Keyhole limpet Diodora graeca, the Elephant hide sponge Pachymatisma johnstonia and the Yellow-plumed seaslug Berthella plumula:

The diversity of seaweeds was very high and I think the pictures below give a good impression of that. Very low on the shore Bushy noduled wrack Cystoseira nodicaulis can be found; in this case almost as iridescent as is Bushy rainbow wrack Cystoseira tamariscifolia. We found some Beautiful kidney weed Kallymenia reniformis, here David Fenwick is taking a photo of it on his first visit to my local haunt. All in all one of the best rock pooling weekends so far!