Two weekends ago I was back in The Netherlands for a short visit. The weather was great and we drove in my sisters camper van to the Brouwersdam, connecting the provinces of Zuid-Holland and Zeeland. This dam was built in 1971 and created the largest saltwater lake in Western Europe: the Grevelingen. We first stopped at the North Sea side of the dam though. This is spot is very popular with kite surfers, windsurfers and blokarters, with loads of people travel all the way from Germany even. Although great for sports, the Dutch coast is not the best place for a rock pool hunter (an bollenessor!) such as myself. The Brouwersdam provides hard substrate along an otherwise sandy coast, but there are no true rock pools and relatively few species of seaweed (mainly wracks and Ulva), some mussels and periwinkles and not much else:

However, this seaweed looked interesting (I also found it in Bretagne recently), but I just cannot get it identified, any suggestions?

*edit* commenter Edwin reckons Chordaria flagelliformis and this was indeed the page in my Seaweeds of Britain and Ireland where I lingered longest, I think he is right! 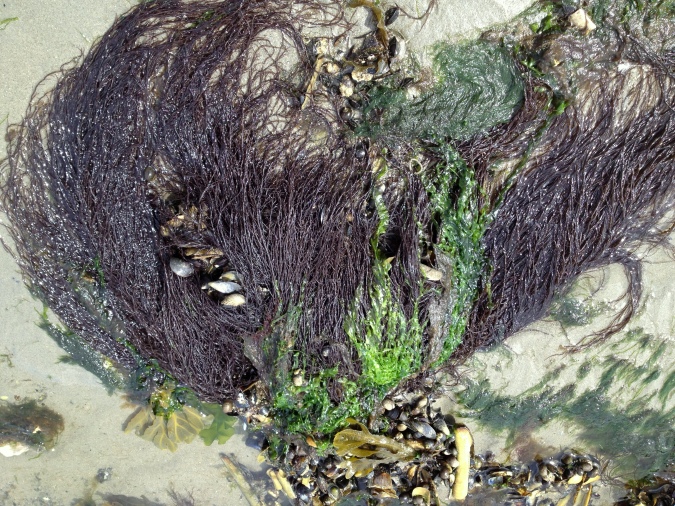 On the way back we stopped at the Grevelingen side. The Grevelingen is an unusual place: the water is salty, but there are no tides. There is only a very limited connection to the North Sea and so little water movement, which creates stratification and anoxic conditions in deeper waters, resulting in a  ‘dead zone’. In shallower water there is plenty of life though (check this site for instance). We waded on mud through very clear water to have a quick look (mud is not stirred up by any current and the lack of any inflowing rivers keep the water relatively nutrient poor en algae-free) . There were many Shore crabs about, and they were quite aggressive, trying to pinch my toes: 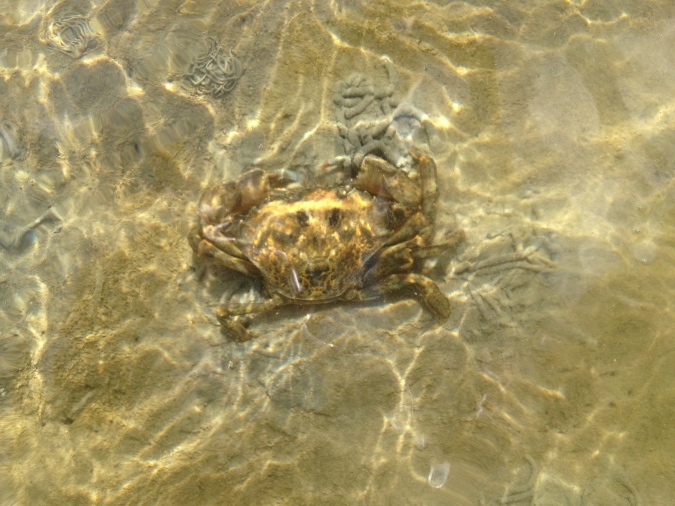 I saw that Wireweed Sargassum muticum is very common here as well (see also this post and this post). These very large plants were colonized by fine red seaweeds and lots of Mysis shrimp were hiding underneath them: 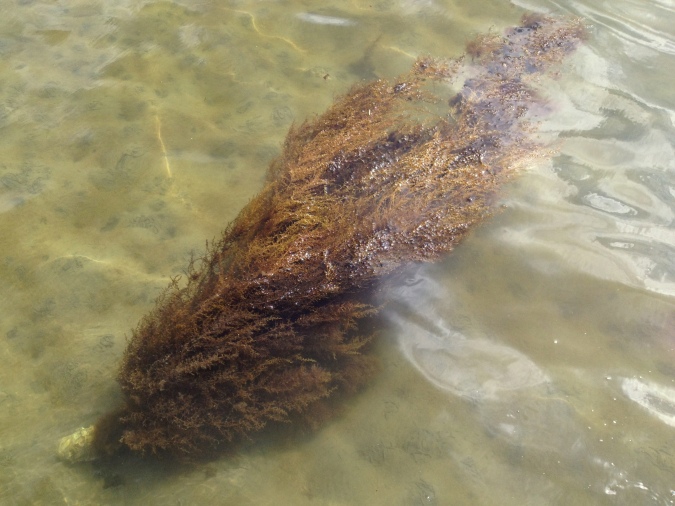 I also stopped by the natural history museum in Rotterdam that I have been a member of over half of my life. I noticed that in their permanent ‘Biodiversity’ exhibition that there was a shelf dedicated to seaweeds. Of course they deserve a place in such an exhibit, but I must admit that they look a whole lot more interesting in the sea than dried or in alcohol/formalin.