As the aquarium is currently in a state of limbo, I thought it would be fun to take a look at the critters that have been most rewarding to keep in the year or so I’ve had my aquarium. Based on my personal experience, I have made an, admittedly completely arbitrary, top 10 of animals for a Cornish (or North-Western European) marine aquarium. I picked animals that were both easy to collect (i.e. common), easy to keep (not requiring live food and resistant to water temperatures up to 25C) and fun to watch. Here goes with the first part of the list!

Not the prettiest of molluscs maybe, but very easy to find and very easy to keep. Burrowing in sand, and moving surprisingly fast over the bottom when smelling food. Their smaller (and prettier) cousins the Thicklipped dogwhelk Hinia incrassata never survived for long in my unchilled tank. 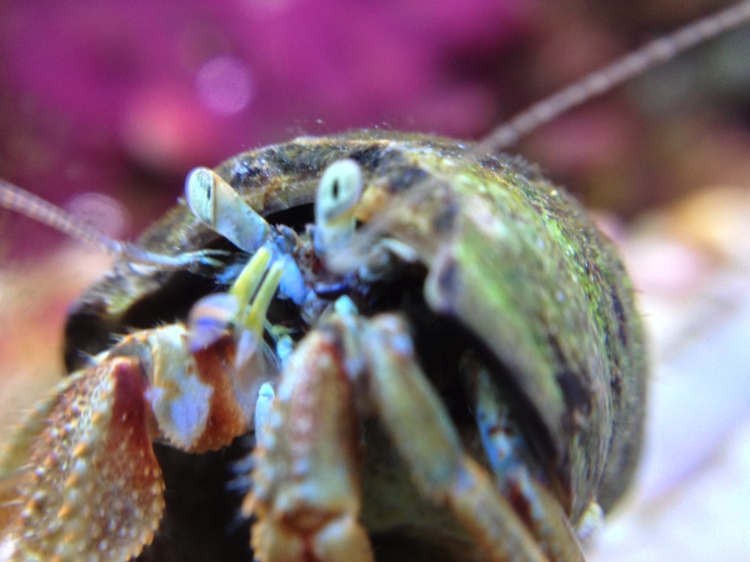 Hermit crabs are especially fun to watch scurrying about. Mine never really lasted very long but that is probably because of predation by blennies and gobies (see below)…. 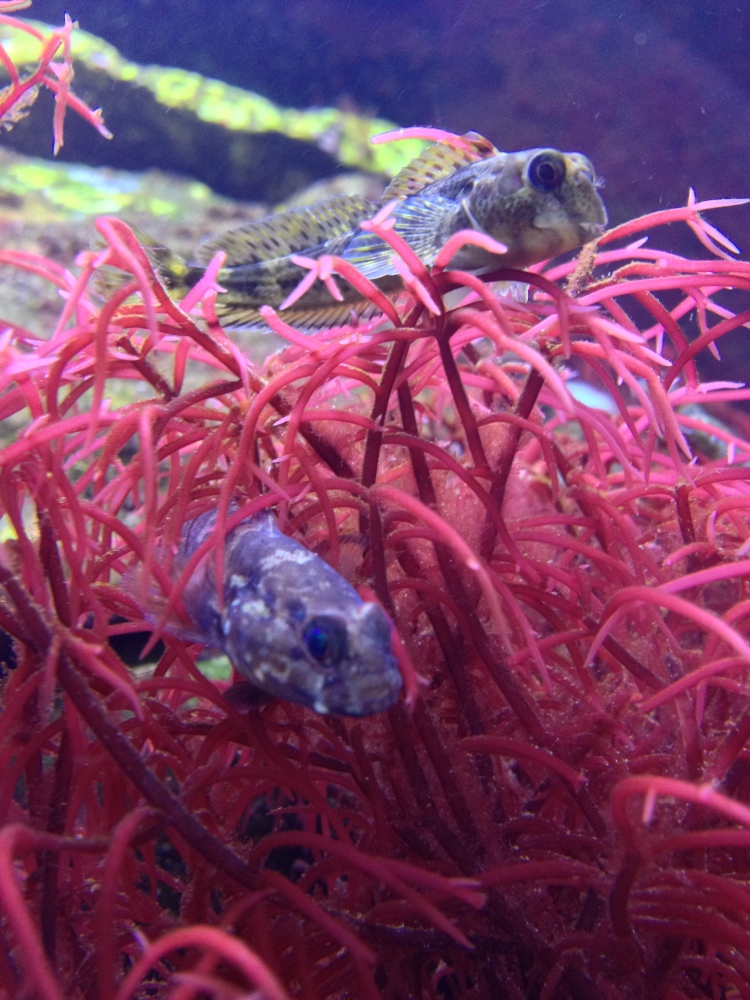 Shannies are probably the most common fish to find in rock pools. They are very easy to keep, their coloration is not particularly vivid but not dull either and they are quite active. The only downside is that they prey on molluscs and other small critters. Feeding them a bit more might prevent this, but especially the rock gobies are so voracious that I doubt that (one was so swollen I thought it was dying, until I realized that it had gorged itself on defrosted artemia…). Montagu’s blenny Coryphoblennius galerita is prettier and smaller than the shanny but much harder to find (see this post for experiences with other fish species). 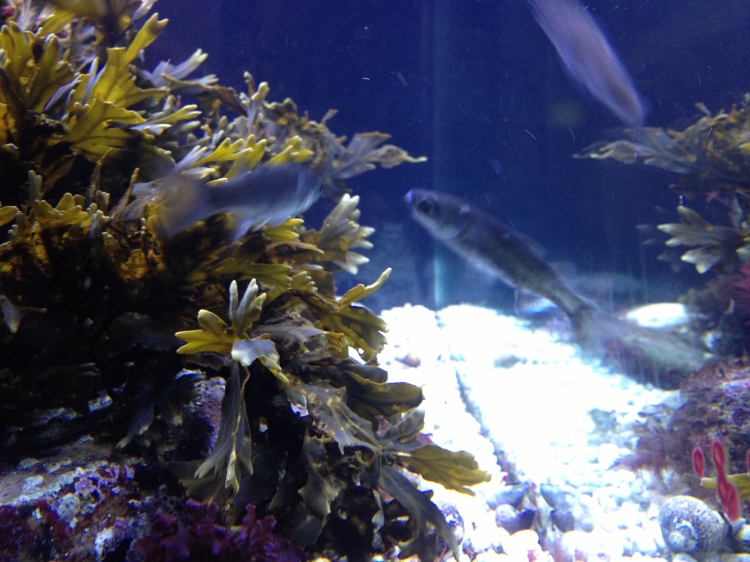 Most rock pool inhabitants live on or near the rocks, but it looks nice if the aquarium also have some fish swimming in the water column. Mullet are very common, and small individuals form nice silvery schools (which are almost impossible to photograph as you can see). They don’t really interact with the other tank inhabitants. 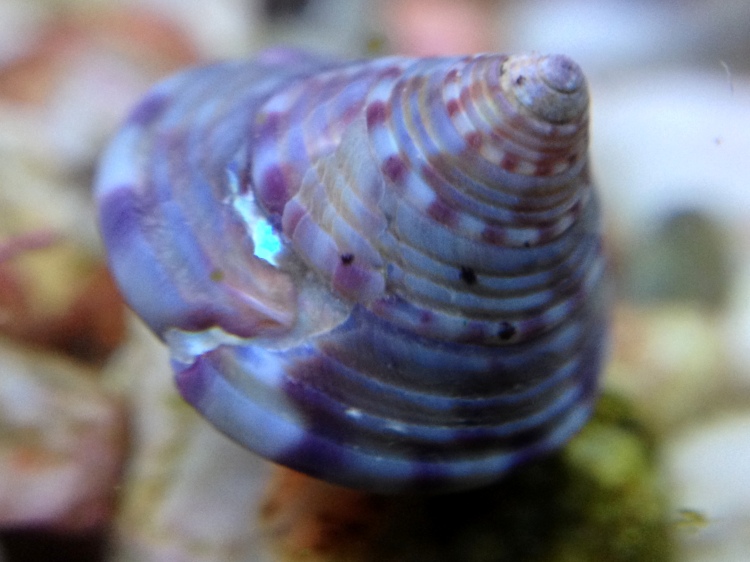 One of my favorite local molluscs: a bright purple shell with an orange colored snail inside. Shells are never covered with algae as the snail wipes it clean with its foot (the shell can still be damaged of course as seen in this individual).

The next post will feature the top 5 of animals for the unchilled aquarium.

When looking for pictures of the squat lobster, I realized I have quite some neat old pictures to post. I should have started the blog when starting up the aquarium to keep things chronological, I will use the next couple of posts to get rid of this back log. First the fish. I have two Rock gobies Gobius paganellus in my tank. The big one is voracious and after a feeding session has a visibly distended belly. It is a curious fish that often comes to check me out when I am taking a picture. It is beautiful too: 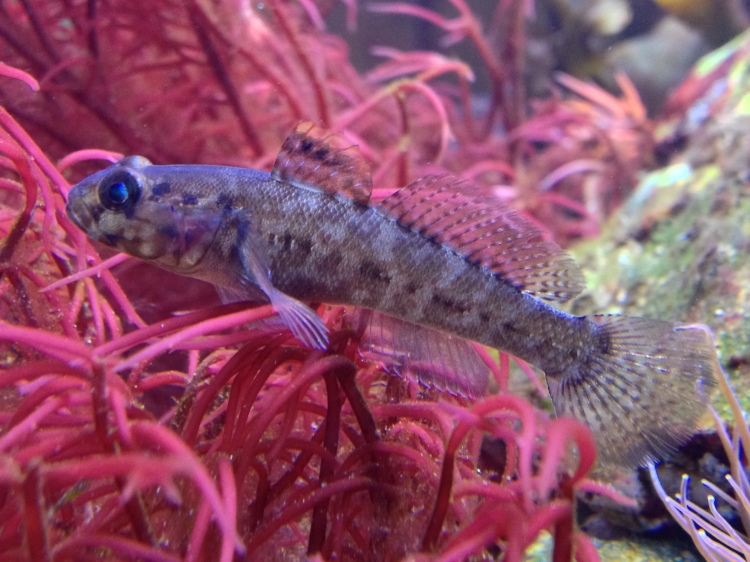 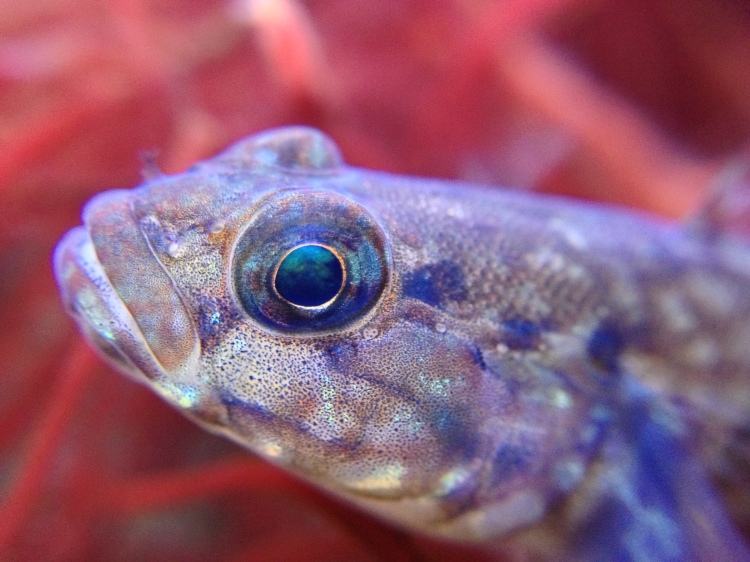 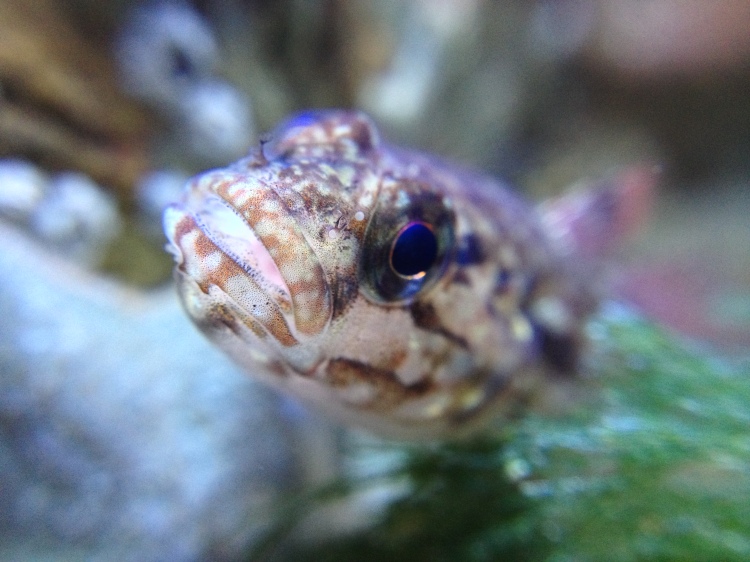 However, I will attempt to catch it and release it, as I suspect it to be a bit too large (three inches) and rash. My worm pipefish Nerophis lumbriciformis are very shy and they might be bullied by large gobies and blennies. I actually suspect the big rock goby to have eaten my recently disappeared beautiful little Montagu’s blenny Coryphoblennius galerita, a species I have only found one time: 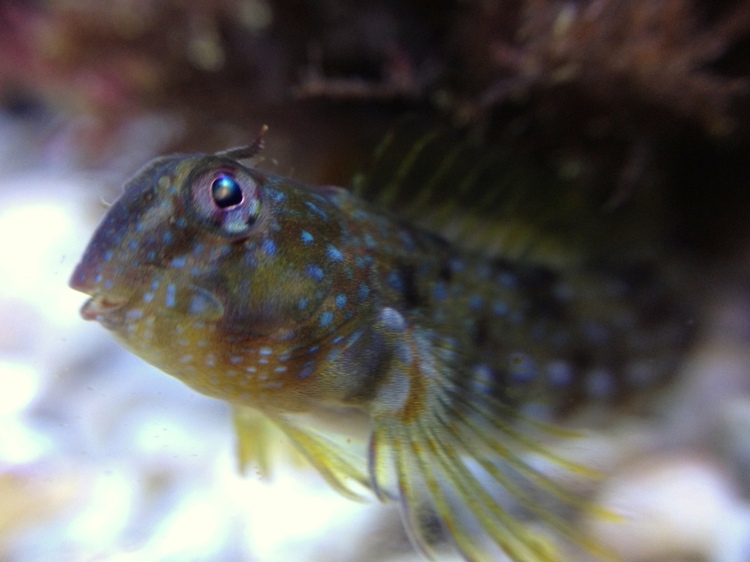 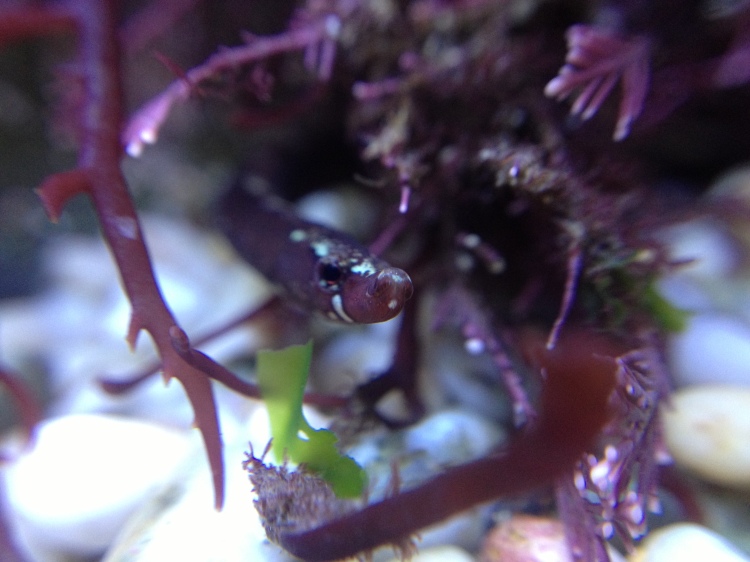 A worm pipefish Nerophis lumbriciformis. To replace the rock goby, I will try to catch some Two-spotted gobies Gobiusculus flavescens later. This species is also beautiful, but smaller and it spends more time in the water column which is nice. It is not a rock pool inhabitant though; it lives among seagrass. I have seen many last year when snorkelling. I need to look into a good net to catch them! I had two  large Shannies Lipophrys pholis as well that I released again, I still have a small one left: 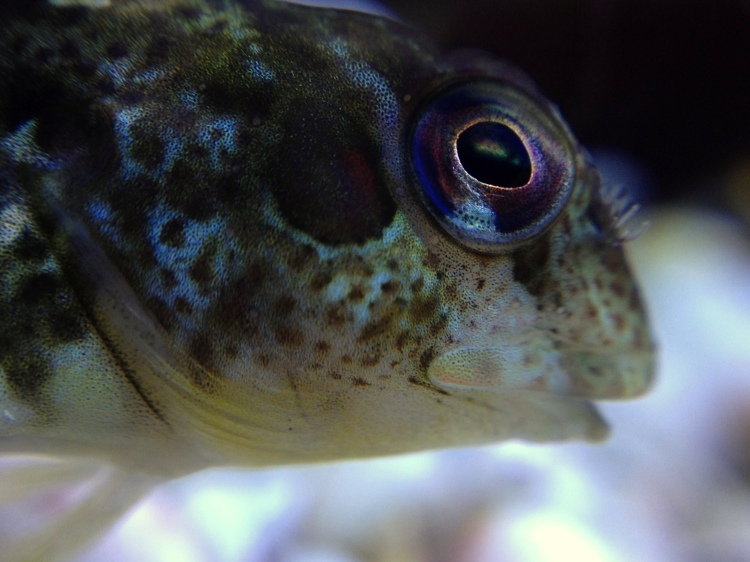 I also had three thick-lipped mullet Chelon labrosus in the tank. These fish are quite ugly as adults, but juveniles are nice, restless silver fish. All  fish mentioned above are benthic (hang around the rocks rather than in the water column), whereas this species mostly swims at the surface and so really adds to the aquarium. I released these three when changing up the tank once and I now regret that. They are fast swimmers so quite difficult to catch (at least with the small aquarium net I use). Since they are so restless I did not manage to take a decent photograph. I have also added a Shore rockling Gaidropsarus mediterraneus and the cling fish the Cornish sucker Lepadogaster purpurea at one point. I should have known that these were mistakes as these are fish that mainly hide under rocks and I have not seen them since adding them to the aquarium. I will post some pictures of these fish in their natural habitat later.